Michael Nyqvist has died. The Swedish actor, best known for appearing in films like John Wick (2014) and the original The Girl With the Dragon Tattoo series, was confirmed dead by Variety, who reported that Nyqvist was suffering from lung cancer. He is survived by his wife Catharina and his children Ellen and Arthur.

A representative for the actor released a statement: “On behalf of Michael Nyqvist’s representatives and family, it is with deep sadness that I can confirm that our beloved Michael, one of Sweden’s most respected and accomplished actors, has passed away quietly surrounded by family after a year long battle with lung cancer.”

To learn more about Nyqvist’s children, particularly his daughter Ellen, who has also worked as an actor, here are 5 fast facts you need to know.

1. She Attended Central Saint Martins College In the UK

According to her Facebook page, Nyqvist has attended a number of different schools throughout the world. Born in 1991, she went to Frans Schartaus gymnasium in Stockholm, Sweden, before attending Nyckelviksskolan College & University, again located in Stockholm.

In a 2011 article by the Pittsburgh Post-Gazette, it claims that Nyqvist was attending college in Los Angeles at the the time, but no specific school name is mentioned, either in the article or on her Facebook page. She subsequently graduated from Central Saint Martins in London, where she studied graphic communication design.

On June 9th, Nyqvist posted a link to a degree show at Central Saint Martins that read: “Our Degree Shows are a collective cacophony of voices and creativity. We couldn’t distill all that into one image, so this year we simply ask you to come, see it for yourself. Design bringing together the work of students from across Fashion, Graphic Communication Design, Drama and Performance, Culture and Enterprise, Jewelry and Textiles, Spatial Practices and Product, Ceramic and Industrial Design.”

2. She Appeared In the US Remake of ‘The Girl With The Dragon Tattoo’

Nyqvist followed in her father’s footsteps in 2011, when she snagged a bit part in the American remake of The Girl With the Dragon Tattoo. According to Boston.com, the film was being shot in a Los Angeles cafe where Nyqvist just so happened to be working at the time, and as such, landed a walk-on role as a waitress who pours coffee for Mikael Blomkvist (Daniel Craig), a role originally played by her father.

According to Nyqvist, while she was pouring she turned to Craig and humorously asked, “Do you know who my dad is?” Despite the seemingly intentional nod the original Swedish series, however, the elder Nyqvist assured that the casting was purely coincidental. The Girl With the Dragon Tattoo proved to be a critical success in 2011, grossing $232.6 million and earning five Academy Award nominations.

3. She Designed Her Father’s Wine Label

In 2016, Michael Nyqvist partnered with Picky Drinks to release his own wine label. A statement released by the website Sthlm Food & Wine read: “A fastidious wine importer with a focus on original and authentic wines from small producers in France, Italy, Spain and Germany. Picky Drinks are now current in a collaboration with Sweden’s hottest actor Michael Nyqvist. Cin Cin Cin Cin Chianti and Brachetto d’Acqui is a tribute to Michael’s Italian roots and family, Lo Cicero.”

As the site goes on to reveal, it was Ellen who designed the artwork on the wine label. She posted a photo of the label on her Facebook page with the caption “Dad’s wine, my label.” The famous actor did likewise on his Twitter account, and when asked who did the design, proudly attributed it to his daughter. Check out the original tweet below.

4. Her Mother Catharina is Also A Designer

While she may have picked up the acting bug from her father, it is Nyqvist’s mother Catharina Nyqvist Ehrnrooth that has inspired her to pursue a career in design. Catharina was born in 1969, and according to her Facebook page, graduated from Gymnasiet Svenska Normallyceum in 1987.

She married Michael Nyqvist in 1990, and shortly after began her career as a production designer and film art director. Since the early 1990s, and has worked on such films as The Escape (2009), Blondie (2012) and The Deposit (2015). On her official website, her resume includes commercials, television and music videos.

Catharina’s other child, and Ellen’s brother Arthur, was born in 1996. Arthur currently has a YouTube channel in his name, where he releases remixes and various songs that he produces. He also has a Tumblr account called “JustGuyThings,” though there have been no posts to date. 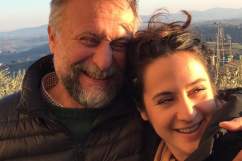 5. She Currently Works In Stockholm, Sweden

Nyqvist currently lives in Stockholm, Sweden, where she works at Taverno Brillo. Still, she is continuing her career as a designer. Last year, she was awarded third place  in the Design Challenge Competition, which she won for her “modular seating arrangement for airports with infinite configuration. To read more about her design, check out the Facebook post above.

Nyqvist has yet to comment or release a statement on her father’s death, but she has never been shy is showing her love for him on social media. She has posted numerous photos of him to celebrate past birthdays or major events. This past March, she posted a headshot of Michael with the simple caption “Pappa.” 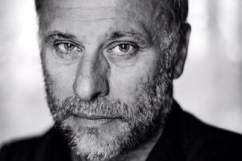