German experimental filmmaker Oskar Fischinger is the subject of today’s Google Doodle. Fischinger brought music to life through images decades before the term “music video” was even invented. Fischinger was born on June 22, 1900, so today would have been his 117th birthday. He died on January 31, 1967 at age 66.

Google has decided to mark the occasion with another interactive doodle. After clicking on the doodle, users can create their own visual music inspired by Fischinger’s films and share the composition with their friends. It was created by Leon Hong, Kris Horn, Brian Murray and My-Linh Le, with the support of Fischinger and Elfriede Fischinger’s youngest child, Angie Fischinger.

“I feel incredibly proud of my family and am delighted to be the daughter of Oskar and Elfriede Fischinger,” Angie Fischinger told Google. “It means so much to me to see this celebration of my father’s art. It’s wonderful to know that his work, which has been steadily praised since the 1920s, will continue to receive worldwide recognition.”

Here’s what you need to know about Fischinger.

1. Fischinger Created the Stunning Visual Effects in Fritz Lang’s ‘Woman In The Moon’

Fischinger, who was born in Gelnhausen, Germany, began his career in the early 1920s after meeting theater critic Bernhard Diebold and abstract filmmaker Walter Ruttmann. His first films used clay and wax.

In 1924, American entrepreneur Louis Seel hired him to create sophisticated cartoons that were targeted towards adults. According to William Mortiz’s book Optical Poetry: The Life and Work of Oskar Fischinger, only one of these films has survived, but it’s difficult to understand because Fischinger himself cut out the English-language titles and didn’t put the remaining film in order. There’s no remaining clues for what the plot was supposed to be.

His work in the early 1920s didn’t provide him with any financial security, so he oped to leave Munich for Berlin. There, he made his first great contribution to cinema, when director Fritz Lang hired him to create the special effects for 1929’s Frau im Mond (Woman in the Moon).

According to the Center for Visual Music (CVM), Fischinger broke his ankle while working on the film, which is now considered an early influential science fiction classic. While recuperating, he began drawing and created his Studies films. 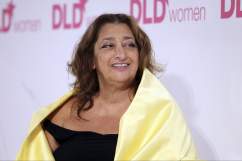 2. Fischinger Fled Germany After the Nazis Took Over Because Hitler Thought Abstract Art Was ‘Degenerate’

The Studies films attracted international attention, with Universal Pictures even picking up American distribution rights for one of them. The 12 Studies Fischinger produced were synced to then-new records, so they were effectively the first music videos, notes the CVM.

Fischinger finally found success with these films, but he had poor timing. When the Nazis took over, Adolf Hitler saw abstract art as “degenerate art.” The artist found a way to stay in Germany for as long as he could, even helping develop a three-strip color process called “GasparColor.”

But by 1936, it was clear that he needed to leave Germany. Executives at Paramount, including the great director Ernst Lubitsch, offered him a contract that year after being impressed with some of his films that were shown at a local theater in Hollywood. Fischinger agreed to come, but he found it hard to work with Paramount. In fact, the only film he finished for a major studio during this period was for rival MGM, An Optical Poem, which was released in 1936. 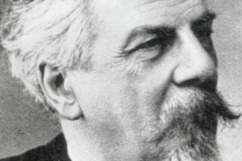 3. Fischinger Was Hired to Work on Walt Disney’s ‘Fantasia,’ But Quit When His Work Was Altered

Hollywood has a long history of hiring creative people, only to fire them for doing exactly what they were hired for. In fact, it just happened this week when Christopher Miller and Phil Lord were fired by Disney from their work on a Star Wars movie.

Fischinger also faced this problem. In 1940, Walt Disney hired Fischinger to help design the famous “Toccata and Fugue in D Minor” sequence, set to the Johann Sebastian Bach piece, that opens Fantasia. The version that we know today is certainly abstract, but Fischinger wanted to push it even further, just as he had done in his own films. However, as The Guardian points out, he quit when he saw how his designs were being altered to show more realistic shapes.

Moritz notes that Fischinger only wrote about his work at Disney once. In a letter to a friend, he insisted that the “Toccata and Fugue” sequence was not his work.

“Many people worked on it, and whenever I put out an idea or suggestion for this film, it was immediately cut to pieces and killed, or often it took two, three or more months until a suggestion took hold in the minds of some people connected with it who had their say,” Fischinger wrote. “One thing I definitely found out: that no true work of art can be made with that procedure used in the Disney Studio.”

4. Fischinger’s 1947 Film ‘Motion Painting No. 1’ Is In the National Film Registry

While his experiences in Hollywood didn’t go as well as he hoped, Fischinger continued to be creative. By the end of his life, he created over 800 canvases and made over 50 short films. In fact, one of his most famous works was created after he nearly gave up filmmaking for good.

In 1947, he created Motion Painting No. 1, which has been preserved by the Library of Congress since it was added to the National Film Registry in 1997. It was set to Bach’s “Brandenburg Concerto no. 3, BWV 1048.” The film is also preserved by the Academy of Motion Picture Arts & Sciences, along with several other Fischinger films.

Motion Painting is included on a DVD of 10 films from the Center for Visual Music. Here’s what Fischinger wrote about Motion Painting, via the CVM:

“Motion Painting Nr. 1” presents in itself a new Artform of great significants, [sic] and enters the Realm of true creativeness in motion in the field of visual expression, changing transmuteing Paintings from a static unmoveable almost frozen formation into painted-created-moving-unfolding developing-music like visual presentation in time – step after step, in such a way, that the time elements adds a most important Quality or Dimension to it. And this is an entirely new kind of music. Music not created by sounds which follow each other in time unfolding the creative Idea feeling or production of a composer, but a music of an essential visual Motion-Painting [nature], – resulting from a true creative unfoldment development step by step of a painted visual production of a motion-painter. 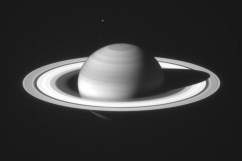 5. He Invented a Visual Instrument Called the Lumigraph, Which Created Images Without Music

One of Fischinger’s more elaborate ideas was the Lumigraph. As the CVM explains, the device was visual instrument. It didn’t actually make any music itself, but it was a “color organ” that created lights that could be played to accompany music. Although there are no surviving films of Fischinger using the device, a handful of them were made and are in museums. He hoped it would become a commercially available product, but that never happened.

According to the CMV, here’s how it would work:

His Lumigraph hides the lighting elements in a large frame, from which only a thin slit emits light. In a darkened room (with a black background) you can not see anything except when something moves into the thin “sheet” of light, so, by moving a finger-tip around in a circle in this light field, you can trace a colored circle (colored filters can be selected and changed by the performer). Any object can be used: a gloved hand, a drum-stick, a pot-lid (for a solid circle), a child’s block (for a square), etc.

The device ended up in a 1964 sci-fi movie called The Time Travelers, but it was used as a “love machine.” That certainly wasn’t what Fischinger had in mind.