Prodigy speaks during the 2012 Rock the Bells Festival. (Photo by Mike Lawrie/Getty Images)

Prodigy, one half of the famous hip-hop duo Mobb Deep, has died. According to The Guardian, the rapper, born Albert Johnson, was hospitalized recently for complications tied to sickle cell anemia. The official cause of death has yet to be revealed. Prodigy was 42.

Along with his Mobb Deep partner Havoc, Mobb Deep was one of the most influential hip-hop acts of the 1990s. That being said, Prodigy comes from a family lineage of musicians, singers, and rappers. To learn more about them, and Prodigy’s children, check out these 5 fast facts.

1. His Father Bud Johnson, Jr. Was In the Group The Chanters

Prodigy’s father Bud Johnson, Jr. was a member of the doo-wop group The Chanters. According to a 2009 interview by Marv Goldberg, the group formed in Queens, New York in 1957, and was comprised of members Fred Paige, Bobby Thompson, Larry Pendergrass, and Johnson. But success eluded The Chanters, who broke up in 1961 and resulted in Johnson getting a job as a computer programmer at IBM in the 1980s.

According to Prodigy’s interview with Vibe magazine, however, programming wasn’t the only way that Johnson made ends meet. “My pops did a lot of stupid s**t, man,” he tells Vibe, “One time the n**ga took me to rob a jewelry store. I was like 5. He didn’t give a f**k, though. He was like ‘This is my son. He can see everything I do.’ I love him for that. Even though it might not be right, so what? That was my pops!”

Johnson died from complications due to HIV/AIDS. “He was a dope addict,” explained Prodigy, “He died from AIDS– sharing needles and s**t.”

2. His Mother Fatima Johnson Was In the group The Crystals

Prodigy’s mother Fatima also spent her early years as a singer, as she was a member of the Phil Spector group The Crystals. Formed in 1960, The Crystals would go on to score several Billboard hits like “There’s No Other (Like My Baby),” “Uptown,” “He’s a Rebel,” and “Then He Kissed Me.” The latter two songs would land on Rolling Stone‘s list of the 500 Greatest Songs of All Time. The group broke up in 1967, and though they reunited in 1971 (and remain active today), Fatima stayed in retirement.

It's hard for me to share this. I Lost My Mom On Christmas eve. RIP Fatima. South Jamaica Queens finest see u on the other side

Fatima Johnson died on December 24th, 2015, leaving behind four children including Prodigy. The rapper paid tribute to her on Instagram with a photo collage and a caption that read: “It’s hard for me to share this. I Lost My Mom On Christmas eve. RIP Fatima. South Jamaica Queens finest see u on the other side.”

Havoc also paid tribute to Fatima on Instagram, writing “I want to take a moment and salute this beautiful soul. Fatima Johnson, may u Rest In Peace. There wouldn’t be a Mobb Deep without you literally!! Our first manager, our first support team and believed in us when no one else did! You’ll always always be remembered.”

I want to take a moment and salute this beautiful soul. Fatima Johnson, may u Rest In Peace. There wouldn't be a MobbDeep without you literally!! Our first manager, our first support team and believed in us when no one else did! You'll always always be remembered.

Even before Prodigy’s parents tried their hand at R&B, Budd and Keg Johnson solidified the family’s musical legacy in jazz. Both were renown musicians in their day, with Keg (born Frederic Homer Johnson) serving as a trombonist who got his start in the 1930s.

Among the legendary acts that Keg played with during his career were Louis Armstrong, Fletcher Henderson, Benny Carter, and Ray Charles. Keg died in 1967, but his son Keg Johnson, Jr. would go on to produce popular acts like Shalamar, Lakeside, and Bobby Womack.

Keg’s younger brother Budd (born Albert Johnson) was a skilled saxophonist and clarinetist. He was a pivotal figure in the bebop movement of the 1940s, lending his musical chops to artists like Duke Ellington, Billie Holliday, Benny Goodman and Count Basie. He died in 1984, and was posthumously inducted into the Big Band and Jazz Hall of Fame in 1993. Budd Johnson is Prodigy’s grandfather.

4. He Was Married to Kiki Johnson

Prodigy was married to KiKi Johnson and had a relationship that resulted in two children and endured numerous difficulties, including Prodigy’s prison term in 2007 and KiKi’s adultery, according to the rapper’s 2011 autobiography My Infamous Life. According to the autobiography, it was Havoc who introduced the couple to one another.

My Infamous Life also recounts a situation where singer Mary J. Blige attempted to woo Prodigy, but he turned her down due to the fact that he was already spoken for. “I felt like a fool for not pursuing her,” he writes, “But I was really in love with my woman. Havoc hooked up with Mary’s girlfriend that night and I went home to KiKi.”

Prodigy also discusses a situation where KiKi thought that he was involved with Lil’ Kim: “KiKi always thought Kim and I were sexing, but it never happened. When KiKi first heard the “Quiet Storm” remix featuring Kim, out of jealousy she told me, “That song is wack.” Read more about Prodigy’s relationship with KiKi below. 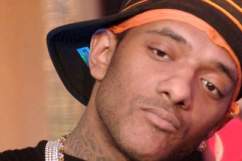 In My Infamous Life, Prodigy discusses the joy he experienced when his first child T’Shaka was born: “KiKi was four months pregnant, and we found out we were having a boy! I was happy. Yeah, I’m ready to have a son! I didn’t even know what being ready to have a kid meant, I was just ready. We were really in love. I had been all over the world and realized that KiKi wasn’t one of those money-hungry hoes. She was a special girl.”

T’Shaka followed in his father’s footsteps, and is currently pursuing a career in hip-hop. Under the name “Shaka,” he released his debut EP Before The Storm in 2014, which Prodigy proudly tweeted out a link to below.

check my son SHAKA song
"if i die tonight" from his debut EP "Before The Storm" http://t.co/QolOVpi1TW

Prodigy also has a daughter named Fahtasia Robinson. She is known as “Tasia,” and is pictured in the image above. 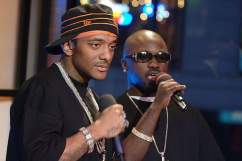