According to Collider, the movie unfolds in reverse by beginning at the end. As the story unravels, audiences can put the pieces of the puzzle together to help find the names of the robbery suspects.

The outlet recently spoke with Uziel about Shimmer Lake and his other recent projects. Asked how he went about writing the story, Uziel said, “I wrote it the way it is. I wrote the whole thing backwards. I never wrote it forwards and restructured it. I think it wouldn’t have worked that way. For me, it was a matter of starting with an end point. I just knew … As an exercise, it was interesting. It’s the first screenplay I wrote.”

The story of Shimmer Lake is a tumultuous one. According to Variety, the script was optioned by Fox Atomic, but the company then went out of business. Recalling the experience to Variety, Uziel laughs, “It was my first introduction to Hollywood.” As the script was being read and optioned by a number of production companies, Uziel pursued other projects, like “22 Jump Street” and “Zombieland 2”. Asked why he decided to pursue these other projects while “Shimmer Lake” was still in the works, he tells Variety, “Originally, I didn’t know anything about filmmaking and had no experience… So I said, let’s baby step it, let’s learn how to be a screenwriter and learn how movies are made. I had told the last person who optioned it, ‘If you can get this movie made, I’m sure it’s going to be great. But if at the end of the first option period you haven’t made it, please give it back to me because I suspect I might be ready to direct it then.’ And he did.” 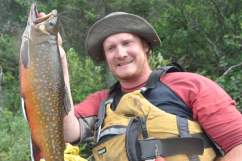 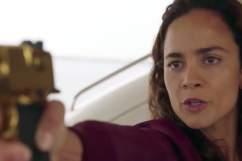 ‘Queen of the South’ Season 2: What Time & Channel Is It On?