@therachlindsay and her men travel to Northern Europe…but which countries will she visit? Guess this and more on our weekly #TheBachelorette Fantasy League game at www.abc.com/bfl! Presented by @girlstripmovie.

On tonight’s episode of The Bachelorette, there are several guys who are reported to be getting eliminated throughout the episode. We’ll give you the rundown on what we know, but keep in mind that sometimes the show leaves viewers with a cliffhanger. So, some of these elimination results may not be revealed until tomorrow night’s show. That’s right. There are TWO episode of The Bachelorette this week. And, if you’re okay with these spoilers, then let’s get started.

An attorney named Jack Stone gets his first solo date with star Rachel Lindsay, but it looks like the two lawyers may not be a match made in heaven. They shuck oysters together and seem to have a decent time, but Reality Steve reports Stone does not get a rose on his date. Stone gets sent home. Lindsay also gets a one-on-one date with Dr. Bryan Abasolo, but that date goes much better and Abasolo is safe from elimination.

Kenny King and Lee Garrett have been at odds this season, with Garrett being the designated villain on the show. And so, these two get the first two-on-one date of the season. According to Reality Steve, Rachel Lindsay chooses Kenny King over Garrett, but King doesn’t last too long on the show anyway. Garrett has been accused on the show of picking fights, focusing on the black contestants, and Rachel Lindsay commented on what she thought about some of the guys’ behavior. She told People:

If you think the drama you’ve already seen go down was crazy, wait until next week. I never believed the drama would lead to the explosion that happens next week. There will be blood, tears and threats that cannot be taken lightly. I think some of these guys take the old phrase “all is fair in love and war” a little too seriously … I just hoped they wouldn’t forget the love.

Kenny and Lee continue their compelling and impassioned confrontation during the spelling-bee group date after-party, but Rachel sends a message by what man she rewards the coveted group date rose. The oyster culture of Bluffton, South Carolina, provides Rachel and Jack Stone with a romantic backdrop for their one-on-one date that ends in a surprise. A distraught Bachelorette goes straight to her rose ceremony and while the past week has been tough for her, it has brought her clarity. The lucky remaining men will begin the international leg of their journey as they head off to picturesque Oslo, Norway.

Contestant Josiah Hawley is said to be going home soon as well, but we’ll have to wait and see when that goes down. 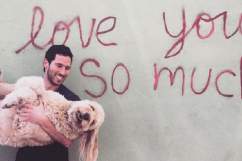 Read More
Reality TV, The Bachelorette, TV
Who gets eliminated on tonight's episode of The Bachelorette 2017? Get the rundown on the guys and the remaining cast members.