It’s the 2017 Tonys, and everyone is gearing up find out which actors, actresses, and plays will take home the prestigious award tonight.

The event will be hosted by House of Cards actor Kevin Spacey, and will air live from Radio City Music Hall in New York City at 8pm ET. The star-studded celebration will include performances by the cast of Natasha, Pierre & The Great Comet of 1812, and Ben Platt, who will take the stage for a performance of “Waving Through a Window.”

Read on to find out the winner predictions for tonight’s show.

REVIVAL OF A PLAY
Prediction: “The Little Foxes”

A slew of talented artists have been nominated for a Tony this year. Natasha, Pierre & The Great Comet of 1812 raked in the most nominations tonight with 12 nods, while Hello, Dolly has 10 nominations. Dear Evan Hansen has garnered nine nods.

Viewers will be able to check out Broadway’s biggest night on CBS at 8pm. Those without a TV can watch CBS.com if they have a cable login. 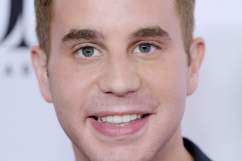 Read More
Celebrities, Tony Awards
Who's expected to win at the Tonys tonight? Get the predictions for Best Play, Best Actor and Actress, and more here.