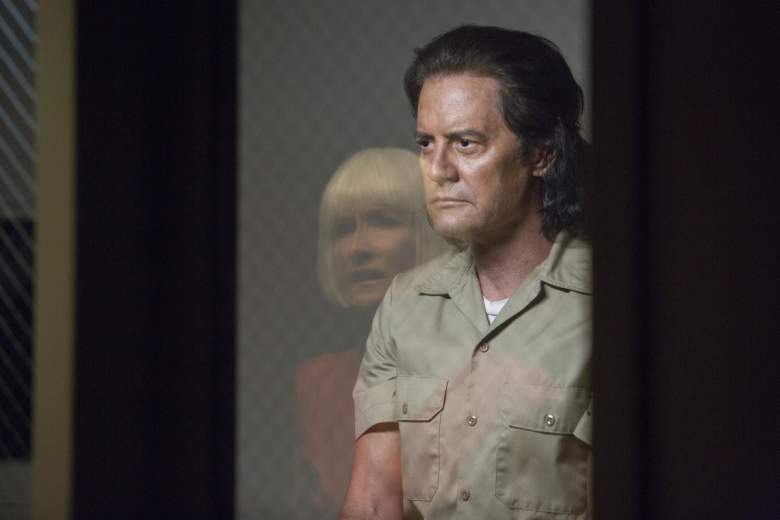 Part 7 of the new Twin Peaks might be the best episode in the newest season yet. It moved at a faster pace, but still gave us those great Lynchian moments that we love. Twin Peaks is one of the densest, most complicated series you’ll likely watch this year. That also means that there will likely be quite a few clues that you’ll miss! As we seek to understand exactly what’s happening in each episode, and what David Lynch is setting us up to experience, it’s important to review every episode in close detail. Here are some key points that you might have missed. Let us know in the comments below if you saw anything else important that isn’t mentioned in this story.

One Page Is Still Missing from Laura Palmer’s Diary 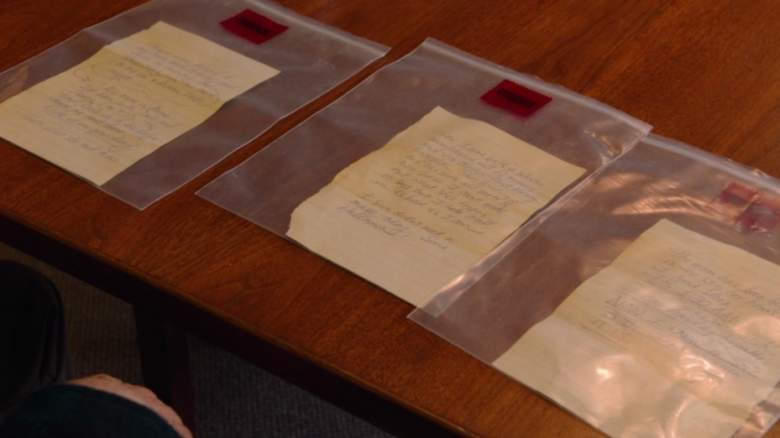 Three out of four missing pages from Laura Palmer’s diary have been found by Hawk, hidden in a bathroom door at the Sheriff’s office. Those pages talked about how she knew that it “isn’t Bob” (alluding to the horrifying realization that it was her father, Leland, who was abusing her while possessed by Bob.) Another page talked about how the good Dale Cooper was stuck in the lodge. This revelation was given to Laura during Fire Walk With Me. Because time in the lodge operates differently than it does in the real world, the information from the future was transmitted to Laura Palmer in the past, even though she had never met Cooper in real life.

Here are some things written on those pages:

There I was with a plastic pumpkin full of money and the clothes that Nancy brought. She’s filling my ear with all sorts of non-sense. I can’t make out what she’s trying to say but I take it all in as best I can. I sure didn’t need a mask today, Some Halloween!”

The good Dale is in the lodge and he can’t leave.

What does it mean I wonder? What is it that Annie is trying to tell me? Today I keep going over it in my head, trying to understand…”

And one of the creepiest pages:

There’s still one page missing, and we have no idea what this one says.

Agent Cooper May Have Resurfaced a Little More

Most fans are ready for the Agent Cooper they know and love to fully wake up and take over Dougie. But it still hasn’t happened. It did seem, however, that he woke up a little bit when the midget attacked him and he defended himself successfully. He also seemed to have a brief moment of realization when he saw the badge.

As an interesting note: Ben Horne talked about the time that Cooper was shot in the same episode where Cooper was almost shot again. However, this time Cooper was able to defend himself and reacted with lightning reflexes, something that didn’t happen the first time. Yet, Cooper hasn’t had any extra special training since then: he’s been in the Lodge the whole time. So, was Cooper given special abilities that let him survive, or did his training just not kick in when he was shot at the Great Northern? He did have a little supernatural help at one point from The Arm (aka the crazy talking tree branch with a brain on it.) The “brain tree” told him “Squeeze his hand off!” It appears that Cooper did end up getting a piece of the midget’s flesh. It’ll be interesting to see what a DNA analysis reveals about that.

We Were Fascinated by Someone Sweeping

#TwinPeaks is the kind of show where you'll watch a full two minutes of a dude sweeping a floor and be at the edge of your seat.

Never before in the history of TV have viewers been so utterly fascinated watching someone sweep a floor for three minutes. That was a true David Lynch moment. Thankfully, he didn’t start the credits rolling during the sweeping scene, which everyone assumed was going to happen.

Garland Briggs’ Body Is an Enigma

Then there’s Garland Briggs. We discovered that Briggs’ body is the one that was found with a different head on top of it. The fingerprints were Briggs’, but the body was 40-something years old, whereas Briggs would be in his 70s now if he were still alive. And he’s not, because he died in a fire.

There are a few possible interpretations here. One is that we know Briggs visited a Lodge at some point, so it’s likely that a doppelgänger was made of him and released into the world. Perhaps a doppelganger was released decades later, accounting for the younger body. We also know that time works differently in the Lodge (as that one time when Briggs’ was returned, and he was wearing his old uniform instead of his current clothes.)

It’s also possible that Briggs didn’t die in the fire at all, but was transported forward in time.

Something weird is going on, and it has to involve the Lodge somehow.

What Did Not!Cooper Do to Diane? 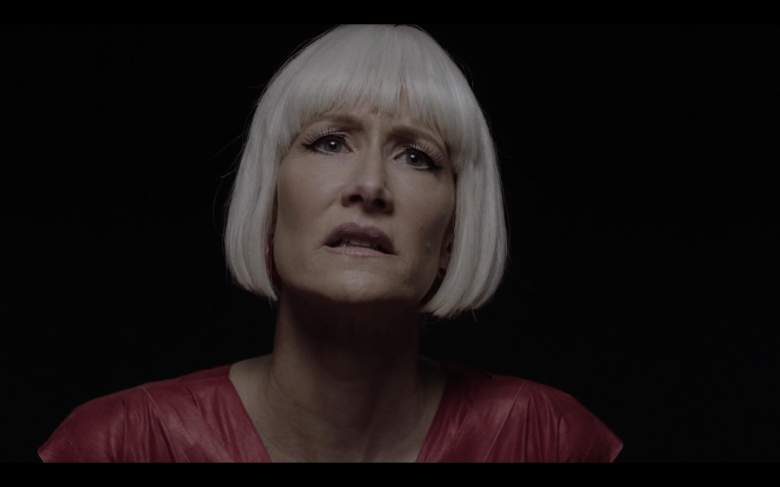 Cooper (aka Not!Cooper) had a weird encounter with Diane that she kept referencing before and during her meeting with Not!Cooper while he was still in jail. Opinions are split about what that was.

Some viewers think that Not!Cooper may have raped Diane. They say her reactions and her being happy that he was in jail indicate she may have seen the doppelgänger at some point after he took over Cooper’s body. The dialogue might also lend itself to this interpretation. Diane said “Who are you?” to Evil Cooper. This is the same thing that Laura Palmer said to Bob during the rape scene in Fire Walk With Me.

Others think that’s not likely. Consider that Not!Cooper took off after emerging from the Lodge. It’s possible he didn’t have any encounters with Diane until this episode. Also, Diane spoke about wondering who this Not!Cooper was, as if she were seeing the doppelgänger for the very first time. But if that’s the case, why was she so scared about seeing Cooper in jail? Some fans think they had some kind of fling that Cooper didn’t want to continue. There are good arguments for both sides in this debate.

What Did Not!Cooper Do to Audrey Horne?

And then there’s Audrey Horne, whom the Doc Hayward thinks might have been visited by Not!Cooper before he left town. Fans are also wondering if Not!Cooper raped Audrey’s comatose body, since that seems to be the kind of thing that Bob would do. They’re theorizing that Richard (the young man who ran over the kid) might actually be Bob’s son. It’s an interesting theory and one that we’re not discounting yet. But remember, we don’t know for sure that Not!Cooper visited Audrey, only that this is the Doctor’s presumption.

(The scene with Doc Hayward was bittersweet because the actor, Warren Frost, passed away at the age of 91. His son is Mark Frost, co-creator of Twin Peaks.)

Why Did the Warden Let Not!Cooper Go?

Guessing the warden killed somebody and Mr. C knows. #TwinPeaks

The FBI told the Warden to make sure Not!Cooper stays put, and he promptly did the opposite. His actions were based around some strange things that Not!Cooper revealed he knew about the Warden. They had to do with a Mr. Strawberry and dog legs. When the Warden heard the name Mr. Strawberry before, it seemed to really affect him emotionally, perhaps showing a huge amount of guilt. It could be a death that’s weighing heavily on him or maybe a code name for some kind of illegal activity he’s involved in. Whatever it was, it was enough to compel the Warden to let a dangerous man go free. Perhaps the Warden killed someone and Mr. C knows all about that. Here are some other fan theories:

Warden knows something about strawberry #TwinPeaks

#TwinPeaks who thinks the dog leg is the man from another place? Who thinks it's the warden's dog's, ,Mr strawberry?

I wonder if the name "Mr. Strawberry" upset the Warden so much because that's a name he uses or something?#predictions #twinpeaks #spoiler

What Was the Hum at the Great Northern?

Remember when Ben Horne kept hearing that humming noise, during his strange encounter with Beverly? It’s unclear exactly what caused the humming, but some fans think it might be related to the old “spying rooms” that Audrey had set up in the walls of the Great Northern. Others think that because the camera focused on the wood in the wall as the scene ended, it’s a reference to when Josie became part of the wood at the Great Northern when she died. (Remember, her soul was somehow captured in the knob of a drawer.)

Other fans think the humming sounds very similar to the noise we hear when The Giant appeared to Cooper. What do you think? You can hear the humming noise around the 4:13 mark below:

Some fans think the lamp made the symbol of the Black Lodge, which gives further evidence to the idea this was connected to The Giant somehow: 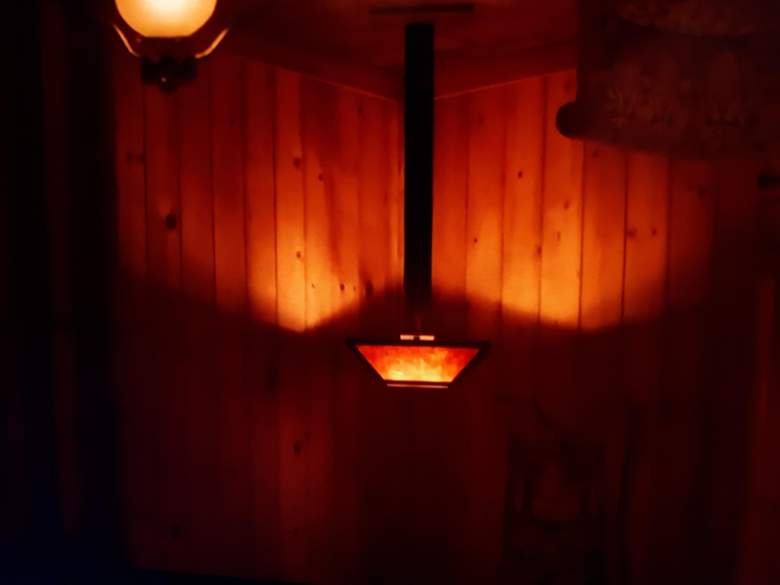 One Scene Had a Really Weird Moment You Might Have Missed

Remember that random diner scene at the end where someone runs in and asks “Anybody seen Bing (Billy)?” and then runs out? Well, Redditor EricMee13 noticed that the entire diner changes before and after the man runs in. This can’t just be a continuity error, with Lynch at the helm. Redditor Evakatrina provided this photo from the scene:

What do you think that means? Did the Black Lodge intervene somehow and stop time for us, while the rest of the world moved on?

What did you think about Part 7? Let us know in the comments below.