On Monday night, video footage surfaced of Seinfeld being interview at a benefit gala, when he was suddenly interrupted by pop singer Kesha. The resulting interaction has to be seen to be fully believed. “I love you so much,” gushed the “Tik Tok” singer, to which Seinfeld said “Oh, thanks.”

Kesha then asked for a hug and got a very strong “No thanks” from Seinfeld.

“No thanks,” he affirmed.

“A little one?” she asked a final time, hoping to salvage the situation.

“Yeah, no thanks,” Seinfeld said again, this time moving his body away from Kesha as she attempted to get that little hug.

Matters were made even worse when Kesha walked away from the embarrassing interaction and Seinfeld mumbled aloud “I don’t know who that was.” The interview told him that it was Kesha, to which he replied, “Well, I wish her the best.” Ouch.

The worst thing about Jerry Seinfeld rejecting Kesha is the influx of "Hug Nazi" jokes we're about to incur.

Needless to say, Twitter had a field day with this clinic in awkwardness, and turned the clip into a trending topic. Some felt that Seinfeld was overtly mean to the singer, and that he should’ve given her a hug even if he didn’t know who she was.

Jerry Seinfeld denying Kesha a hug is oddly reminiscent of the episode where he's tired of greeting kisses. pic.twitter.com/DGNZS2tnz9

jerry seinfeld is trash he should hug kesha

Kesha's new cell phone cover after getting denied that hug from Seinfeld pic.twitter.com/Yu4xGmEBCt

Kesha: Can I get a hug?
Jerry:

Others sided with Seinfeld, feeling that if a complete stranger tries to sneak a hug even after being told no, they should respect your wishes. “Seinfeld has no idea who Kesha is,” writes one fan, “I wouldn’t know either. Some wacky girl came over looking for a hug.”

Seinfeld had no idea who Kesha was. I wouldn't have known either. Some wacky girl came over looking for a hug.

Jerry Seinfeld is hysterical in this video!!! I don't even know who Kesha is… https://t.co/NZrxEA3yjL

Jerry Seinfeld refusing a hug from Kesha is fantastic. And the resulting blowback from it is something straight out of a Seinfeld episode

I feel like I've seen this Jerry Seinfeld and Kesha hug incident before…? pic.twitter.com/epIGhaxyLy

Among the other celebrities that were in attendance at the benefit gala were Jay Leno, Katie Couric, Margaret Cho, and Hugh Jackman, who hosted the Gala with his wife Deborra-Lee Furness. Thankfully, nothing so colossally uncomfortable happened for the rest of the evening, and Daily Mail even reports that Kesha was even given a consolation hug from fellow musician Ben Folds.

Seinfeld, whose most recent venture was the acclaimed web series Comedians in Cars Getting Coffee, will be going on a comedy tour later this month. Click here for tickets prices and tour dates.

Kesha, who’s kept busy through a lengthy court case with her former producer and manager Dr. Luke, hasn’t released an album since 2012. Her third studio release is scheduled to come out later this year. 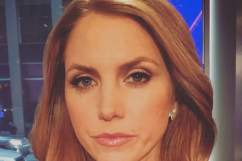