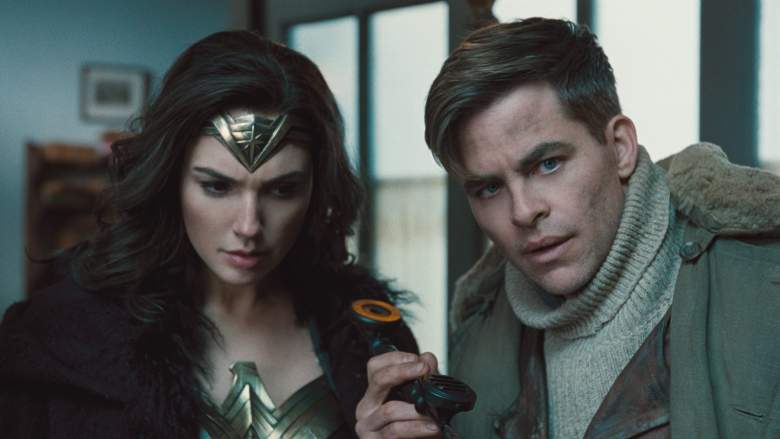 Wonder Woman is now in theaters, so you might be wondering if there are any Easter Eggs to look out for in the film. There are also a few major deaths that take place over the course of the 141-minute movie.

Be warned: SPOILERS FOLLOW. Don’t read this if you do not want to be spoiled. Seriously.

Since 99 percent of Wonder Woman happens nearly 100 years before the events of the previous DC Extended Universe movies, there aren’t too many references to the other movies. There are, however, a few callbacks to the DC Comics universe.

Of course, the movie kicks off with a Wayne Enterprises truck showing up at the Louvre, where Diana (Gal Gadot) works in the modern world. Bruce Wayne (Ben Affleck in the other movies) has sent her the original copy of the photo he saw in Batman v Superman: Dawn of Justice. He includes a letter, asking her to tell him her story. Then, Diana goes into the deep corners of her mind to go back to Themyscira.

Etta Candy’s (Lucy Davis) name could be considered an Easter Egg, since she’s so far removed from the actual Etta Candy in the comics. In the original Golden Age comics, she was the leader of the Holliday Girls, a group of girls Wonder Woman often called on to help her get Steve Trevor out of trouble. Etta also always had a box of candy in her hands. In the movie, Etta is a British woman who serves as Steve Trevor’s (Chris Pine) secretary.

Actor Said Taghmaoui, who plays Sameer, tweeted a photo of his character next to Andre Blanc-Dumont, a member of the Blackhaw military team. Like Wonder Woman herself, the Blackhawks originally fought during World War II, but the film is set in World War I. Sameer is never directly referred to as a “Blackhawk” in the film and he does survive, so perhaps in a later movie, we’ll learn that he helped establish the Blackhawks before World War II.

Another Easter Egg that probably borders more on homage is the scene where Diana helps Steve in an alley fight. This could be a callback to the classic scene in Superman: The Movie, where Clark Kent (Christopher Reeve) stops Lois Lane (Margot Kidder) from being robbed.

Diana’s love of ice cream is also a reference to past comic book and other incarnations of the character.

It’s also possible that the loud boom heard at the very end of the movie, when we go back to the present time, is a reference to Diana hearing a Boom Tube go off. We know that Boom Tubes and Mother Boxes will be very important in Justice League. If you have no idea what either of those things are, here’s a quick run-down: In Jack Kirby’s Fourth World books, the New Gods of New Genesis and Darkseid’s evil Apokolips henchmen use Mother Boxes to create a “Boom Tube” passageway to our world.

If there are any other Easter Eggs we missed, let us know!

One surprising death comes very early in the film. When the Germans attack Themyscira (an event that wasn’t in Wonder Woman’s original origin), Antiope is killed during the fighting. It was shocking to see such a key character, who is played by the great Robin Wright (House of Cards), killed so early in the film. But the death is a key part in Diana’s development as a character.

All of the villains die, except for Dr. Maru (Elena Anaya). Diana kills Ludendorff (Danny Huston), thinking that he’s Ares. But Sir Patrick (David Thewlis) turns out to be the real God of War. During the fighting, Ares challenges Diana to kill Maru, but she resists, realizing that she cannot prove Ares’ point that all mortals must be destroyed. When Diana makes full use of her powers as the true “Godkiller,” she defeats Ares.

Unfortunately, during the fight, Steve Trevor sacrifices himself to make sure Dr. Maru’s gas is not used to kill anyone. Again, this proves that Ares is wrong, and that mortals can be brave by putting the needs of others above themselves.

Steve’s death also means that director Patty Jenkins doesn’t have to work out some strange way to have the character alive in a different time period in the DC Extended Universe. In a Hollywood Reporter feature, Jenkins teased that a Wonder Woman 2 might take place in modern times.

Wonder Woman returns to the big screen in Justice League on November 17. 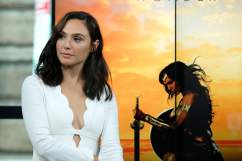