This year is the 44th edition of the Boston Pop Fireworks in Massachusetts, with the big event airing on Bloomberg Television. Last year, the special aired on the CBS Network. Some take out their boats, rafts and other flotation devices in order to enjoy the pyrotechnics from the Charles River water, but not everyone has that luxury. Check out our rundown of the fireworks schedule, unobstructed views of the display and more below. And, for those who are not in the area, tune into Bloomberg Television at 8 p.m. ET.

Nearby Places to Watch the Fireworks

According to the official website, the Charles River Esplanade can be accessed from Beacon Street by using Berkeley, Clarendon, Dartmouth, and Fairfield Streets and Massachusetts Avenue.

Two of the closest subway systems are the Charles-MGH on the Red Line, and Arlington Street on the Green Line. For more details, visit http://www.mbta.com. Public transportation is recommended.

For all the relevant information on local road closures, click here.

The Spectacular airs from 8 – 11 p.m. ET and the rough schedule for the events during the special are: 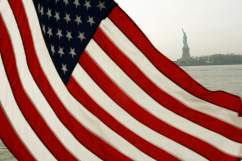 Read More
4th Of July, Independence Day, July 4th
Where can I see the fireworks this 4th of July 2017 in Boston? Get the details on different locations where you can watch the display this year.