Bran Stark may very well be one of the most mysterious characters on Game of Thrones. And now that he’s the Three-Eyed Raven (after the Night King murdered his mentor), things are only going to get even more confusing. Here’s a recap of what happened to Bran last season, along with the top theories and predictions about who he is.

Bran is north of the Wall in Season 6, learning how to see the past, thanks to training from the Three Eyed Raven. But when the Night King and White Walkers attack, the Three-Eyed Raven is killed (and so is Summer.) Bran is now the new Three Eyed Raven. Hodor “holds the door”,helping them escape, and is brutally killed. We learn that he always said “Hodor” because he flashed to this moment when he was young and suffered brain damage as a result, now only able to say “Hodor.” (For an in-depth look at what happened to Hodor, see Heavy’s story here.)

Things we learned from Bran’s visions in Season 6:

"There was literally one rule. Don't warg alone. ONE RULE, BRAN." #GameOfThrones pic.twitter.com/NlH2ww5iYP

Bran Stark has the ability to warg into animals. He first began to learn this when he dreamed that he was his direwolf, Summer. Almost every member of the Stark family should have the ability to warg into their direwolf. But most Starks don’t ever develop this ability. Jon Snow has shown a few signs of warging, although not nearly as powerful as Bran’s ability. Sansa would likely never learn since her direwolf was killed. It should be noted that warging into humans is the most difficult thing, and warging into a recently deceased corpse is easier, although it would continue to decay.

Note that the term “warg” is sometimes used interchangeably with “skinchanger.” Some skinchangers end up being Greenseers, who are incredibly rare and can see the future. It’s believed that these Greenseers could see and hear through weirwood trees that had faces in them. The people with Greensight, or the “Greenseers,” are the wise men of the Children of the Forest (who created the White Walkers). They are wargs who could sometimes dream of the future and interpret those dreams, too. Jojen Reed has this greensight, and helped Bran see that he has the greensight too. That’s why Bran can dream of the future and the past.

I've been reading a lot of Game of Thrones theories. Some of my favourites are the Light of the Seven/ Stark & the Bran the Builder theories

Bran Stark shares a name with Bran the Builder or Brandon Stark, one of the most revered figures in Game of Thrones history. Bran built the Great Wall that keeps out the White Walkers. Bran the Builder lived about 8,000 years ago, dying long before the TV series began. According to Eddard Stark, Bran “raised castles,” something that perhaps his son Bran would one day do. Bran was talked about in seasons one and five of Game of Thrones, and he was mentioned in the featurettes, Complete Guide to Westeros and Histories and Lore. Bran was one of the “First Men” from the age of heroes and the founder of House Stark. (The First Men are the original human inhabitants of Westeros.) Bran was part of the War for the Dawn, where the White Walkers first tried to invade and were pushed back by the Children of the Forest, a mythical race that worships the Old Gods who are connected to weirwood trees that have faces. The First Men and the Children pushed back the White Walkers and Bran built the Wall. The First Men ended up on either side of the Wall after it was built, with the Wildlings being descended from the ones who stayed to the north of The Wall.

Bran was the first King of the North and his race, the First Men, founded the Night’s Watch. Bran also founded House Stark. Bran also built Winterfell and may have built Durran. Interestingly, there’s a fascinating theory about Winterfell. Bran is known for building monumental, amazing sites, but this doesn’t describe Winterfell. However, the crypts beneath Winterfell are vast, expansive, and frightening. The theory is that Bran actually built Winterfell primarily for the crypts, which may house something terrifying or amazing at their deepest point. The Kings of the North, along with Bran, are buried in the crypts of Winterfell. Learn more about what may be hidden in the crypts of Winterfell in our stories here and here.

There are theories circulating that Bran Stark is Bran the Builder reborn, just like someone in the cast is likely Azor Ahai reborn.

But some take this one step further and believe that at one point in the future, Bran will travel back in time through his Greensight and become “stuck” in the past. Then he will actually become Bran the Builder, and build The Wall knowing how important it will one day become. And he will build Winterfell, his childhood home. Perhaps this is why the Night King seems so drawn to Bran also.

Remember when Bran was watching his dad visit Lyanna in the past and he spoke out, and Ned almost seemed to hear him? Some fans believe that Bran will also visit the Mad King in his visions and accidentally speak. It could be Bran‘s voice that the Mad King hears and, ultimately, drives him mad.

Do you believe any of these theories about Bran? Let us know in the comments below. 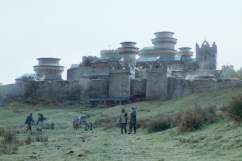 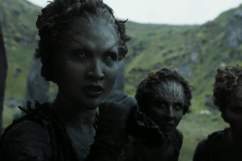 Children of the Forest on ‘Game of Thrones’: History & Top Theories

Read More
Game Of Thrones, HBO, Television, TV
These are the top theories about Bran Stark on Game of Thrones Season 7. If you have heard about Bran the Builder, you will be interested in reading more.