Celine Dion, whose husband Rene Angelil died in January 2016, was rumored to be dating backup dancer and fashion illustrator Pepe Munoz. However, the two are just close friends and Dion has said in interviews that she feels it is too soon to start dating again.

Munoz is a 32-year-old fashion illustrator from Malaga, Spain. He has been seen traveling with Dion, but it appears that they are just good friends.

The 49-year-old Dion was married to Rene Angelil from 1994 until his death in January 2016 from cancer. Two days after his death, Dion’s brother Daniel died after his own battle from cancer. Dion has three children from her marriage to Angelil.

Here’s what you need to know about Dion’s relationship with Munoz.

1. Munoz & Dion Are Not in a Romantic Relationship

Although Munoz and Dion have been seen together in Paris and on stage dancing together, a representative for the singer told Extra that they are just friends. Another source told TMZ that their relationship is platonic.

TMZ reports that the two met through mutual friends in Las Vegas, where Dion has a residency at The Colosseum at Caesars Palace.

Dion then asked Munoz to join her on her international tour. Since the two both have an interest in fashion, they have become good friends and were seen together at fashion shows.

” They are very good friends together. It is nice to see her having somebody to go out with,” a source told the Las Vegas Review-Journal. “She’s in a great place and projecting a whole new Celine and level of confidence and exuberance. Nobody knows when — and if — they’ll be together next.” 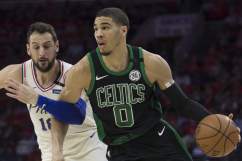 2. Munoz Describes Himself as a ‘Self-Taught’ Fashion Illustrator

Munoz describes himself as a “self-taught illustrator” from Malaga, Spain on his Instagram profile. He has over 58,600 followers. In addition to his illustrations of fashion, he has shared drawings of Dion.

Munoz also tried his hand at stage acting, appearing in traveling productions of Cats and international productions of Chicago, Dirty Dancing, West Side Story and other shows. HE also danced in Cirque du Soleil’s Zumanity.

It wasn’t until 2015 that he started drawing. He told Vogue recently that his late grandfather was a professional illustrator, so he thought he’d try his hand at it. “I started vomiting drawings—it was like lava out of a volcano,” he told the magazine. 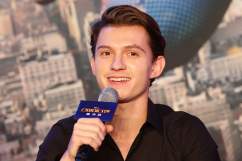 3. Munoz Thinks Dion Is ‘Absolutely Fearless’ With Her Style

In a Vogue interview, Munoz said he got the call to join Dion’s team as a backup dancer in June 2017. He was very surprised and said “yes” right away.

“She’s the kind of person [for whom] the day has no schedule, no time, no nothing, so whenever she feels the creativity coming, that’s what happens,” Munoz told Vogue. “I’m going to be honest, I was freaking out… Then five minutes into it, she makes you feel welcome, like you belong to the family, and like you’re part of the group,” he said of rehearsals.

“She’s absolutely fearless with her style, her dancing, her performing, and as a person in her clothes,” he told Vogue. “She gives [fans] a surprise and a shock, because the looks are outrageously wonderful. She wears the clothes, the clothes don’t wear her, and that’s super-important.” 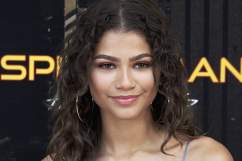 4. Munoz Was a Teacher on the Spanish Dance Competition ‘Fama, ¡a bailar!’

In 2010 and 2011, Munoz appeared on the Spanish reality dance competition show Fama, ¡a bailar!, which aired on Cuatro.

According to his bio on Cuatro.com, Munoz studied dance at the Royal Academy of Dancing. He also took part in summer courses with the National Ballet of Cuba and the Royal Ballet in London.

5. Dion Has Said That It’s too Soon for Her to Start Dating

In a interview in April 2017, Dion told the U.K. Sun that she thinks it is still too soon after Angelil’s death to start dating someone.

“Now it is definitely too soon for me. I am definitely in love with him (Rene), married to him,” she told the Sun. “He’s the love of my life. It’s very difficult for me to see myself with another person. The love that I have for him, I live it every day. And as a woman, we do have emotions and feelings that come and go. And it’s always with him. When I sing, it’s with him. When I hug my kids, it’s for him and it’s with him. I took time to grieve and I’m still grieving.”

Dion and Angelil first met in 1980, when she was 12 years old and he was 38. He became her manager. In 1987, they began a romantic relationship and were married in 1994. In January 2000, the couple renewed their vows. The couple had three children together, son Rene-Charles and twins Eddy and Nelson. Their twins were born via in vitro fertilization. 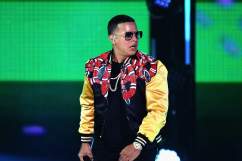