Dane DeHaan, who stars in the new science fiction epic Valerian and the City of a Thousand Planets in the title role, is married to actress Anna Wood. The couple have been married since 2012 and are the parents to Bowie Rose DeHaan.

Anna Elizabeth Wood, like her husband, is 31 years old. She is less than two months older than DeHaan and they have known each other since high school.

Here’s what you need to know about Wood’s career and her relationship with DeHaan.

DeHaan revealed in a 2012 interview with The Morning Call that he met Wood at Emmaus High School in North Carolina. Wood was born in Mount Airy, North Carolina, while DeHaan was born in Allentown, Pennsylvania.

The couple started dating in 2006 and DeHaan was happy he met his future wife before he became a superstar.

“I’m lucky I met her before any of this really got too crazy,” DeHaan told Morning Call. “I know that I have somebody who sees me for the person I am, and have always been.”

Wood and DeHaan also attended the University of North Carolina School of Arts. They both graduated in 2008. DeHaan and Wood also spent their high school senior years at UNCSA. 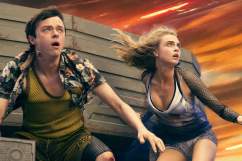 GettyDane DeHaan and Anna Wood in 2015.

Wood also had a role in Chronicle, playing Monica. However, while that film launched DeHaan’s movie career, Wood decided to move to television. She hasn’t made a theatrically-released movie since 2012. She starred in two short-lived series – NBC’s Deception and CBS’ Reckless.

She has appeared in episodes of Madam Secretary, The Following, Cold Case, Royal Pains and Mad Men. She also appeared in USA Network’s Falling Water. 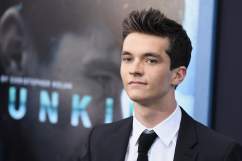 3. She Welcomed Their Daughter Bowie Rose in April 2017

Overjoyed to introduce our daughter, Bowie Rose DeHaan. She is the light of our lives. Happy Easter! ??❤???

DeHaan and Wood welcomed their first child, daughter Bowie Rose DeHaan, on April 2, 2017. A few days later, DeHaan and Wood shared photos on their Instagram pages of their adorable newborn.

“Overjoyed to introduce our daughter, Bowie Rose DeHaan. She is the light of our lives. Happy Easter,” Wood wrote on Instagram.

DeHaan also posted a photo of himself carrying Bowie while on the phone. “You’re not a baby Bowie, you’re my friend,” he wrote.

Bowie shares the name of David Bowie and DeHaan is a fan of the late singer. In a 2015 interview with The Wrap, DeHaan acknowledged that he does look like a young Bowie.

“The other person that I think is interesting who people tell me I look like is David Bowie,” the actor said when asked if he’d like to play another real person on the screen. “I see the resemblance if you look at the young Bowie. I think it be really fun.” 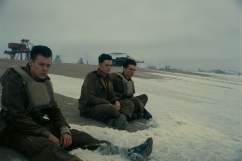 4. DeHaan & Wood Live in Brooklyn When He’s Not Busy Filming

After two and a half years of living in Los Angeles, DeHaan and Wood decided to move to Williamsburg, Brooklyn for a change of scenery.

“I feel like Hollywood can really take people, take a hold of them and make them feel pressure that doesn’t need to be there,” he told the New York Times in January 2017. “I don’t want Hollywood to influence me, I want to influence Hollywood.”

Unfortunately, DeHaan is often too busy to be at home. He spent five months shooting A Cure for Wellness and six months working on Valerian last year.

“Unless I make an effort to be home, I would probably never be home,” he said in January.

In a 2013 interview with the Times, DeHaan said even his dog Franny isn’t happy he leaves so often. She would jump on his suitcase and look at DeHaan. “She’s like, ‘Are you seriously leaving again?'” the actor said.

Once, DeHaan complained to his wife on Twitter, “Maybe we should just get married more often so we can see each other more?” 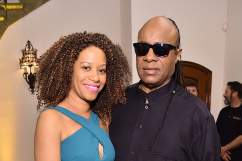 5. DeHaan Says He Spoiled Wood as Much as Possible During Her Pregnancy

GettyDane DeHaan and Anna Wood in 2016.

During her pregnancy, DeHaan did everything he could to spoil Wood.

“I’m spoiling [wife Anna Wood] as much as I can,” DeHaan told People Magazine in February. “I’m always making sure she gets enough massages and has everything she needs. I’m trying to take care of her, but she can also take care of herself. She’s a strong person!”

“We are so excited and already so in love,” Wood told People in November 2016, when they announced her pregnancy. “And Dane is going to be the best daddy. I can’t wait!”

DeHaan might be too focused on being a good dad. While on The Tonight Show Starring Jimmy Fallon, DeHaan said he once was so focused on getting Bowie safely out of his car that he left it running in Brooklyn and it was stolen!

“I felt like my love for my dog was equal to that of a human child,” DeHaan told Fallon. “But then Bowie was born. I love her so much more than my dog now.”

Read More
5 Fast Facts, Dane DeHaan, Movies
Dane DeHaan, the star of Valerian, is married to actress Anna Wood. Here's a look at the actress and her career.