Since 2017 marks the 20th anniversary of Princess Diana‘s death, several networks have aired documentaries about her life and legacy. Tonight, HBO will air its own film, Diana, Our Mother: Her Life and Legacy, an emotional tribute from her sons, Princes William and Harry. The 65-minute film begins at 10:00 p.m. ET on Monday, July 24. If you can’t get to a television, you can still watch the film legally online.

The film provides an intimate portrait of Diana through the eyes of her children. Prince William was only 15 years old at the time of Princess Diana’s death in 1997 at age 36. Prince Harry was 12 at the time. In the film, which was produced with the U.K. network ITV, also includes interviews with some of Diana’s friends who have never spoken out before.

“This film will show Princess Diana in a way she has never been seen before, through the eyes of her sons and people who knew her best,” executive producer Nick Kent said in a statement. Ashley Gething, who directed 2016’s Our Queen at Ninety, directed Diana, Our Mother.

Can’t get to a television or don’t have a cable subscription that includes HBO? Here’s how to live stream the show on your computer, mobile device, streaming device or smart TV.

All options are available in the United States only.

HBO Now is HBO’s standalone streaming service and provides all of HBO’s programming via the internet. The service costs $14.99 per month — but it offers a one-month free trial. You must cancel before the end of the trial to avoid charges.

First, download the HBO Now App on your phone or tablet. It’s available in the App Store, Google Play store and Amazon Appstore.

Open the app and select “start your free trial.” Fill out the registration form with your email and password to create your profile and start an account. You must enter payment information to establish the account, but if you cancel before the end of the free trial you will not be charged.

If You Have Amazon Prime

You can then stream HBO on the web at the Amazon website or by downloading the Amazon Video app on your compatible phone, tablet or streaming device. Find links to app downloads and registration for streaming devices here. Amazon specifies here which devices support live programming. There’s also an instructional video here.

If You’re a Sling Subscriber

If you subscribe to Sling and have the Orange or Blue package, HBO is available as an add-on for $15 a month. To add HBO to your Sling plan: Sign into your account at Sling.com, click “change subscription,” click on your current package to open a dropdown of available extras, then click “+ADD” next to the HBO option. Click “submit order” on the final page.

If You’re a DirecTV Now Subscriber

If You’re a Hulu Subscriber

Hulu subscribers can add HBO as a “premium add-on” for $14.99 per month. To add HBO, go to your account page, select Manage under Add-ons, then choose to add HBO.

If You’re a PlayStation Vue Subscriber

Sony’s PlayStation Vue service offers HBO for $15 per month. To add HBO, you can register here at HBONow.com and choose “PlayStation Vue,” signing in with your Vue email and password and completing registration. Alternatively, you can download the HBO Now app on your phone or tablet, open it and and select “link your new subscription.” Then, on Apple devices tap “choose provider” and select PlayStation Vue, or on Android devices just tap PlayStation Vue. You’ll be prompted to sign in with your Vue account’s email and password, and then you can create an HBO Now profile. You have the option to watch HBO on the HBO Now app on your mobile device, with the HBO app on your Vue, or on the web at HBONow.com. 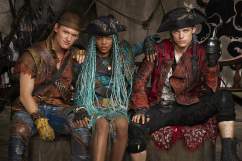 ‘Descendants 2’ ABC Live Stream: How to Watch Online Without Cable