Freeform’s hit series The Fosters is now in its fifth season, and has garnered acclaim for its portrayal of the LGBTQ community and the issues that affect their lives. Since 2014, the show has won four GLAAD Media Awards (which recognize and honor media for their fair and accurate representation of lesbian, gay, bisexual, transgender and queer individuals) for Outstanding Drama Series, and this season, it has added a new actor to its roster– Elliot Fletcher.

Read on to learn more about Elliot Fletcher.

1. He Came out as Transgender to His Parents at Age 17

Elliot has opened up about his experiences as a transgender individual in interviews, and in his own videos and articles. In 2015, he uploaded a Youtube video titled “Elliot’s Story”, in which he talks about coming out to his family and friends as transgender. “I came out when I was 17 which was sort of a difficult process because since 6th grade, I had been attending an all-girls Catholic school.” Elliot explains that there was once a point where he “thought being different was wrong,” but with the support of loved ones, he “couldn’t be any happier with where [he] is in [his] transition.”

Fletcher recently penned an article for the New York Times as part of a series of editorials about transgender experiences. In the piece, he discusses the moment he decided to come out as transgender to his family. “I realized that I shouldn’t pretend to be something I am not.” The actor says he’s lucky to have received overwhelming support from family and friends.

Not long after coming out, Fletcher started testosterone. After that, he made the decision to get top surgery to remove excess breast tissue.

2. Callie and Aaron’s Relationship Is One of the First Trans Romances on a Teen Drama

In The Fosters, Fletcher plays Aaron, a law student who befriends Callie and eventually becomes her love interest. The relationship between Callie and Aaron is one of the first trans romances on a teen drama.

In Tuesday night’s episode, Callie and Aaron will butt heads over the topic of free speech. Inspired by Milo Yiannopoulos, the episode will center on an activist who “spews hate speech”, in the words of TV Guide. Callie becomes outraged when her school invites political voice Shiloh McCullen to speak at the school. She wants to join the protestors conspiring against him; Aaron doesn’t agree.

In The Fosters July 25 episode, the romance between Callie and Aaron was brought to a new level when they shared a kiss after going on their first date. Speaking about the July 25 episode to TVGuide.com recently, Maia Mitchell (who plays Callie) said, “[The episode] touches on a lot of things for trans kids, especially the relationship between Callie and Aaron. It’s really important that we do see the heroine female of a show in a relationship with a trans man… I think it’s breaking down barriers. I don’t think I’ve seen that, especially not on a show with our demographic. It’s a really important issue and it’s going to speak to a lot of people, particularly the trans community. I’m really proud of it.” 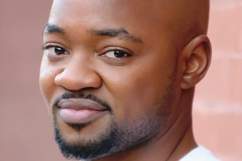 3. Fletcher Is a Musician

Elliot is a musician, and has posted a number of videos playing guitar and singing. His talents with music have helped him in his roles– in Faking It, his character played guitar in a band and boasted a rebellious rock n’ roll attitude.

Fans have praised the actor with compliments, like “heartthrob” and “lovely”, all over the comments section of his Youtube videos. Listen to his music on SoundCloud here.

Buba is ready to be tucked into bed pic.twitter.com/3mDhXMEZ34

Actor Elliot Fletcher speaks on stage at MTV’s “Faking It” screening at the Los Angeles LGBT Centeron on May 02, 2016 in Hollywood, California.

Fletcher has held three recurring roles on popular network shows, and his breakout role came last year, as Noah on MTVs Faking It. The Hollywood Reporter revealed that Fletcher had been cast as Noah after a nationwide casting call for trans actors and actresses.

Noah is described as “a transgender character who is charismatic, confident and hip and is equal parts charming and vulnerable.” In April 2016, Fletcher sat down with AfterEllen.com to discuss his experience on the show. Asked how he won producers over for the role (the director of the episode was Transparent’s Silas Howard), the actor said, “I don’t know. I had seen By Hook or By Crook, the film [Silas Howard] made… But we also, I feel like, I don’t know. I think the other guys auditioning for the part were trans, which is great. But there’s definitely like a—Silas and I would stop talking about the character and just talk about, like, punk music. It was just like talking to an older brother. It was so cool. I look up to him so much.”

5. He Is the First Openly Transgender Graduate of His High School

Elliot was born and raised in LA. Asked by AfterEllen.com how he came to be an actor, Fletcher said, “Both of my parents are in the business of acting. My mom’s an actress, my father’s an actor. Both of them direct, mostly theater stuff. Ever since I was a little kid, they’ve just sort of thrown me into the acting thing and I was the sibling to pick it up and do it.” Fletcher says that he began training as an actor at age 10, but at 19, he decided to buckle down and approach it as a lifelong career.

In his op ed piece for the New York Times, Fletcher says,  “I happily tell people because my goal in life is not only to become a successful musician but also, a trans advocate. I have so much love for my trans family and I want to spread that love as much as I can.” He followed that up by explaining that he’s the first openly transgender graduate of his high school.

Catch Elliot Fletcher as Aaron on The Fosters Tuesdays at 8pm ET/PT on Freeform. 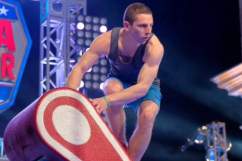