Intervention returns tonight with a brand new season of episodes. Get all the details on the premiere episode, what time the show airs, what channel to watch and more. Read on below.

PREMIERE EPISODE TITLE & SYNOPSIS: “Katherine C.” – A bright college student with dreams of becoming a journalist is abducted and brutally assaulted, causing her to become dependent on a dangerous mix of drugs to mask the trauma.

EPISODE 2 TITLE & SYNOPSIS: “Tanisha L.” – A woman lives a dream life as an assistant to rap icon Snoop Dogg until the brutal murder of her fiance sends her spiraling into heroin addiction.

OFFICIAL A&E SERIES SYNOPSIS: With seemingly ever other Hollywood celebrity checking him or herself into or out of a recovery center, this reality series has a timely feel with its depiction of addicts and the impact their illness has on those around them, resulting in an inevitable if uncomfortable intervention … “Intervention” profiles people whose uncontrollable addiction to drugs, alcohol or compulsive behavior has brought them to the brink of destruction and has devastated their family and friends. Intervention brings attention to the enormous social, economic and environmental cost of addiction … Original interventionists Jeff Van Vonderen, Candy Finnigan, Ken Seeley, Donna Chavous and former series subject and “Intervention” success story Sylvia Parsons return to present individuals with a life-changing opportunity of intervention and rehab. Each addict must confront their darkest demons in order to begin their journey to recovery in the hopes that they can turn their lives around before it’s too late.

SHOW THEME SONG: “Five Steps” from the album “Speaking of the Davenports” by the band The Davenports. 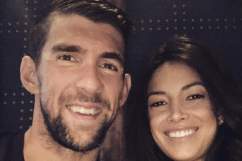