Ireland Baldwin is the 21-year-old daughter of famed actor Alec Baldwin, who will be roasted tonight on Spike TV’s ‘One Night Only’ special.

Ireland will be delivering some one-liners of her own tonight, along with her two uncles, Robert DeNiro, Julianne Moore, and former president Bill Clinton.

Read on to learn more about Ireland Baldwin:

Ireland is a model, and signed with IMG Models in 2013.

She made her modeling debut in an editorial for The New York Post in 2013, and has gone on to appear in W Magazine’s ‘Trend, It Girl’ feature.

Baldwin faced criticism after the debut, from those who said she was too large to model. The then 17-year-old shot back on Tumblr, writing, “I understand that I am not a size .008. What I don’t fully understand, is what is the good in commenting on a photo of a 17 year old girl and calling her fat, ugly, etc? Is that helping you in some way? I’m confused.”

2. She Made Her Acting Debut in ‘Grudge Match’

In 2013, Ireland made her acting debut in Grudge Match, where she fittingly played the younger version of Kim Basinger’s character, Sally.

At a press junket for the film, Basinger spoke to Yahoo Movies about the experience, reportedly saying that she loved having her daughter play the younger version of herself.

I loved it. When [director] Pete Segal asked me, for a minute I thought, ‘Oh wow,’ then I asked Ireland and she said, ‘Yeah mom, I’d like to do that.’ So we slipped her into New Orleans [where they filmed the movie] and she was a little nervous so I helped her get dressed, and after her first scene, she was just ready to do the second scene! So she was very cute. It was lovely and we’ll always have that on film. 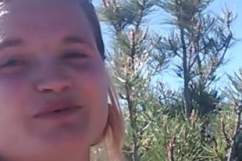 3. Her Father Called Her a ‘Thoughtless Little Pig’ in a Voicemail in 2007

When Ireland was 11, her father left her an infamous voice message in which he called her a ‘thoughtless little pig’. To this day, the voicemail hasn’t been forgotten. In fact, it’s often brought up in interviews.

Speaking on Good Morning America about his biography earlier this year, Baldwin admits that the voicemail caused a permanent rift in his relationship with his daughter. “I mean, as I mentioned in the book, there are people who admonish me or attack me or spit on me and use that … as a constant … spearhead to do that,” Baldwin said. “It’s a scab that never heals, ’cause it’s being picked at all the time by other people. And … I think my daughter, that’s hurt her in a permanent way.”

During tonight’s roast, Ireland throws some pretty hysterical shade at her father. She starts her time at the podium by saying “Hello, my name is Ireland, and I’m a Baldwin. Yes, I’m a member of that family. The Baldwins. I see other recovering Baldwins here. Some cousins, uncles…I’m here to roast this big old ham I call my father. Speaking of pigs, some of you may remember me as that ‘thoughtless little pig you read about.’ That was a decade ago, and my dad and I are in a much better place now. He would never say something like that,” she said. “Because I’m 6-foot-2 I would kick his ass.”

5. She Is Dedicated to a Healthy Lifestyle and Eating Right

so this is somewhat of a personal post… I feel like I should always be honest on here. Everyone that knows me knows I don't pretend to be anybody on here. I'm sure a lot of you out there can relate to how I feel so I think I can be honest. Sometimes I get caught up in the opinions of others and I get really down on myself. I am pale white. I hardly tan. I have cellulite. I'm not petite. I'm around 6 ft. I drop weight rather quickly but gain it by eating one bagel. I'm a 36 D cup and I have a booty. I've got inner thigh fat. And outer thigh. And just straight up thigh fat. I've gone from a size 00 to a size 6 to a size whatever to not knowing to not eating to eating boxes of pizza to starving myself to being gym obsessed to eating my way out of a sprinkles cupcakes bakery to now. I'm happy. I'm mentally ready to work hard. It's not even necessarily a matter of working out and eating clean, it's also how I've thought recently. I've been cloudy, unfocused and losing energy. I need to reset my mind and body. I now take this harsh world with a grain of salt and accept myself for who I am. Sure I could work a little bit harder. We all can. Or maybe you need to learn to love yourself before you can do anything. I'm taking the next month to do a full mind, body and health reset cleanse. It's not juicing, it's not starvation, and it's not about obsessing over each and every inch of my body. I'm happy to post my tips and tricks along my journey to reaching my healthiest self. I'm no fitness and health expert. Lord knows I love deep fried pizza and I shout super size me from the mountaintops, but I do know what I've done in the past to reach my goals and I want to share them with girls who are in my shoes. It's time to love your self and take care of our bodies!!! ❤️

According to a 2013 ABC article, Ireland has admitted to an eating disorder and self-esteem issues in the past.

In April, Ireland got intimate with an Instagram post that read, “Sometimes I get caught up in the opinions of others and I get really down on myself… I am pale white. I hardly tan. I have cellulite. I’m not petite. I’m around 6 ft. I drop weight rather quickly but gain it by eating one bagel. I’m a 36 D cup and I have a booty. I’ve got inner thigh fat. And outer thigh. And just straight up thigh fat. I’ve gone from a size 00 to a size 6 to a size whatever to not knowing to not eating to eating boxes of pizza to starving myself to being gym obsessed to eating my way out of a Sprinkles Cupcakes bakery to now.”

She then states that she’s determined to readjust her mindset.

She finishes the post up on a positive note, writing, “I’m taking the next month to do a full mind, body and health reset cleanse,” she says. “It’s not juicing, it’s not starvation, and it’s not about obsessing over each and every inch of my body. It’s time to love your self and take care of our bodies!!!” 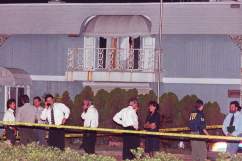