Good news, American Ninja Warrior fans: there will be a new episode of the show on NBC tonight at 8pm ET/PT.

Many shows will be skipping their airing in honor of the July 4th holiday, but American Ninja Warrior won’t be doing that.

Tonight, the show will travel to Kansas City, Missouri, and there will be three new obstacle courses for fans to observe. Competitors will take on six challenging obstacle courses in the city qualifiers tonight. The three new courses are called the Hang Glider, Broken Pipes, and Crank It Up.

Another person taking on the course tonight is 21-year-old Jelani Allen, who drove more than 1,300 miles from Las Vegas to Kansas City with his 81-year-old grandfather to audition for the show. Allen had to sleep outside in the ‘audition space’ for 10 days with no guarantee he’d get a try out. Allen is currently studying sports medicine at College of Southern Nevada, according to Review Journal, and was a big fan of the Japanese version of the show, “Sasuke”, growing up. He’s spent every day of the past two years training for the show, and will give it his all on tonight’s episode. 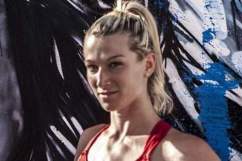