John Bernecker is dead. According to TMZ, the veteran stuntman died as a result of the injuries he suffered while on the set of the AMC series The Walking Dead (2010-). He was being cared for at Atlanta Medical Center, where it is said that he was pronounced brain dead and taken off of a ventilator on Thursday evening. He was 33.

Bernecker’s death is the first stunt-related death to occur in the United States for nearly two decades. To learn more about his career, his personal life, and the events that led up to his untimely passing, here are five fast facts you need to know about John Bernecker.

1. He Graduated from Montverde Academy in 2003

According to Bernecker’s Facebook page, he attended school at the Montverde Academy in Florida. Montverde is a private college-preparatory school with a high success rate, as per their website. “Our students’ performance on AP exams consistently exceeds the state and global average – in 2016, our students’ qualifying percentage was 80%, compared to 54% at the state level and 60% globally,” writes Dean of the Upper School Troy Urquhart.

Earlier this month, Montverde’s Facebook page shared a link to the trailer for Black Panther, a film that Bernecker worked on, and congratulated him. “Class of 2003 graduate, John Bernecker is doing big things!” it reads, “John has worked in the film industry as a successful Stuntman for over 8 years. He has been featured in number of popular movies including The Fantastic Four, Keanu, Logan, and most recently Marvel Studios Production, Black Panther.” Former Montverde office worker Vivian Haskell joined in the congratulatory spirit, leaving a comment that read “I am so proud of you John.”

After his passing, Montverde again paid tribute to their graduate, writing “John’s classmates remember him as a funny and kind individual. Our thoughts are with John’s loved ones during this difficult time.” Read the full post above.

What an incredible experience with some awesome friends and a boyfriend I couldn't be luckier to have. I can't even find the words to explain how good he treats me but I've never felt such a sense appreciation or respect for another human in my entire life. @johnstunts #winterpark #colorado #snowboarding

Bernecker began dating stuntwoman Jennifer Cocker in 2014, as per his relationship status on Facebook. The two worked together on The Hunger Games: Mockingjay Part 1 that same year, though it is unclear whether they already knew each other. Bernecker’s Instagram account is private, but Cocker’s account has numerous photos and videos clips of the couple together, the most recent being on June 7th. In the video, the couple are seen having fun with Instagram filters.

In January, Cocker posted photos from the couple’s trip to Winter Park in Colorado. “What an incredible experience with some awesome friends and a boyfriend I couldn’t be luckier to have,” she wrote in the caption, “I can’t even find the words to explain how good he treats me but I’ve never felt such a sense appreciation or respect for another human in my entire life. @johnstunts #winterpark.”

Cocker has yet to speak publicly on Bernecker’s death, but on July 12th she did give an update regarding his condition in the hospital. It read: “John deserves to be seen by every neurosurgeon and doctor there is until one of them sees the life we all know he has in him and bring him back to us… THIS ISNT FAIR.”

3. He Performed Stunts in Over 90 Films & TV Shows

Bernecker began performing stunts in 2009, when he appeared in the crime-thriller Anytown. Since, then he has appeared in over 90 films and television shows. According to his resume on IMdb, he was skilled in combat, firearms, and martial arts, making him an asset on a number of action films and blockbusters, including Abraham Lincoln: Vampire Hunter (2012), Looper (2012), Olympus Has Fallen (2013), Teenage Mutant Ninja Turtles (2014), and The Hunger Games series.

He also has uncredited work on This Is the End (2013), Percy Jackson: Sea of Monsters (2013) and Goosebumps (2014). This busy schedule resulted in Bernecker nabbing a few acting roles throughout his career as well. He played an auto-mechanic in season one of HBO’s True Detective (2014), one of the witch attackers in The Last Witch Hunter (2015) and, most recently, a Federale in the acclaimed X-Men film Logan (2017).

IMdb reports that Bernecker will appear in close to a dozen posthumous releases over the next two years, including Black Panther and Escape Plan 2: Hades.

4. He Died After Falling 22 Feet During a Fight Rehearsal

Bernecker suffered his fatal injury during production on AMC’s The Walking Dead (2010-). According to NY Daily News, he fell 22 feet onto a concrete floor while rehearsing a fight scene with one of the show’s actors, Austin Amelio, and was subsequently rushed to the Atlanta Medical Center. He was pronounced brain-dead on July 12th, and taken off of a ventilator the following day. The official cause of death was the blunt force trauma that resulted from the fall.

Police revealed to TMZ that there was a safety cushion in place to catch Bernecker after he fell from the balcony. As per assistant director Matthew Goodwin, however, he missed the cushion “by inches.” Goodwin adds that Bernecker didn’t get good separation from the balcony, and even “attempted to abort the fall by grabbing onto the railing with both hands.” This momentum reportedly slammed him into the bottom of the balcony and the subsequent fall caused him to land on his neck and head. His death was confirmed on Thursday, July 13th.

5. He’s the First Stuntman to Die On a U.S. Television Set In 17 Years

A stuntman from The Walking Dead who had an accident today on set has died, RIP John Bernecker. Thank you for all that you did for the show. pic.twitter.com/b9QdDwdOng

Immediately following the accident, AMC has since shut down production on The Walking Dead. According to Deadline, Federal workplace monitor OSHA and SAG-AFTRA, the union that represents stunt performers, have launched an investigation into the accident. Deadline adds that Bernecker’s death is believed to be the first stunt-related death on a United States set in more than 17 years.

Variety reports that the SAG-AFTRA guild is investigating the accident. A representative for the guild said: “We have been informed of a serious injury to a SAG-AFTRA member on the set of The Walking Dead and are investigating the situation. As always, the safety and security of our members and others on set is of crucial concern to us, and we are focused on this in our investigation. Our thoughts and prayers are with the performer and his family.” 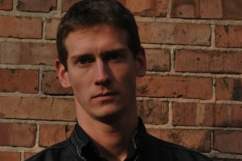 John Bernecker Dead: How Did ‘The Walking Dead’ Stuntman Die?