Actor John Heard, the father to Macaulay Culkin in the iconic 90s movies Home Alone and Home Alone 2: Lost in New York, was found dead in his Palo Alto, California hotel room. How did he die?

According to TMZ, police were called to the hotel for a medical emergency, but Heard was pronounced dead on arrival. The cause of death is not confirmed, but Heard’s rep said that the actor had “minor back surgery” on Wednesday at Stanford Medical Center and that he had checked into the hotel to recover.

Heard was married three times, once to actress Margot Kidder for less than a week in 1979. He was also married to Lana Pritchard and Sharon Heard, the latter of whom he had a son and a daughter with, Max Heard and Annika Heard. Max passed away in 2016.

Heard got his start in show business off-Broadway in New York City. Along with his portrayal of Peter McCallister, Heard was known for his roles in such films as Big, Beaches, Gladiator, and Pelican Brief. His final movie role was last year in a drama directed by Jake Gyllenhaal’s father, So B. It.

Heard was also active on the small screen, appearing in many shows like Miami Vice, The Sopranos, and Sharknado. His last television appearance was this year on the Fox drama, APB.

According to Heard’s father’s obituary, Heard was a direct descendant of the first Heard family that settled in colonial Massachusetts in the 1640s. 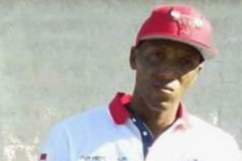