John Heard, the actor who famously played dad Peter McCallister in the Home Alone films, has died. Heard, who was 72 years old, was married and divorced three times and had three children.

TMZ reported on Heard’s death, confirming that he was found dead in a hotel in Palo Alto on July 21. Police were called to the hotel for a “medical emergency” and he was pronounced dead at the scene. The cause of death is still unknown, but his representative told TMZ that he had “minor back surgery” days before at Stanford Medical Center. He was staying at the nearby hotel to recover.

In addition to the Home Alone films, Heard also starred in After Hours, Big, The Pelican Brief, Cutter’s Way and Chilly Scenes of Winter. He earned an Emmy nomination for his 1999 guest appearance on The Sopranos.

Here’s a look at Heard’s marriages and relationships.

Heard’s first marriage was to actress Margot Kidder, who is best known for playing Lois Lane in the Christopher Reeve Superman movies. According to a 2005 Guardian profile on Kidder, their marriage lasted six days.

Kidder, like Heard, has also been married three times. Her marriage to Heard was her second. She was married to Thomas McGuane from 1975 to 1977 and Philippe de Broca for less than a year between 1983 and 1984.

Kidder and Heard had no children together. 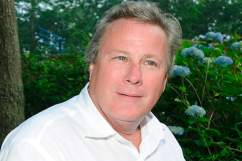 John Heard Dead: How Did the ‘Home Alone’ Dad Die?

2. His Second Wife Was Sharon Heard

Heard’s second wife was Sharon Heard. They were parents of children, Max and Annika Rose, according to the obituary of John Heard Senior. Heard and Sharon were married from 1988 to 1996.

Max Heard died in his sleep on December 6, 2016, according to his obituary in The Record. The obituary notes that he loved writing, philosophy, music and his friends.

Heard’s marriage to Sharon lasted during the most successful period of his career. In 1988 alone, he starred in seven movies, including Big with Tom Hanks and Beaches</i with Bette Midler. In 1990, he starred in Home Alone and reprised his role in 1992’s Home Alone 2: Lost In New York.

In his later years, Heard focused more on indie movies and TV shows. He was recently in episodes of MacGyver and APB and starred in the movie Searching for Fortune. He had five projects in the works before his death. 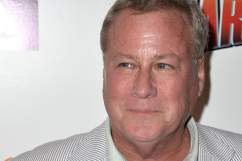 3. He Married His Third Wife Lana Pritchard in 2010

In May 2010, Heard and his third wife, Lana Pritchard, tied the knot in Los Angeles, according to the wedding announcement in the Monterey Herald.

This marriage also didn’t last long. They were only married until December 2010 and had no children together.

Pritchard spoke with Radar Online about Heard’s death, telling the tabloid that she heard about the actor’s death from Sharon Heard. She was “hearbroken” by the news and thinks he died of an accidental overdose of pain medication after the surgery.

“I spoke with him on Tuesday before the surgery and he was in positive spirits but he did not want anyone to help him – I feel so bad because I think I could have done more,” Pritchard told Radar. “He was a kind guy and we have known each other for many years, I’m worried that he lay in the hotel room dead for a few days, that is very sad.”

She explained that the two were friends for seven years before they got married. She said after they tied the knot, she found another man who she fell in love with, so the two decided to amicably end their marriage. She said the two were on good terms and even helped Heard get a new apartment.

“He had struggled to come to terms with the death of his son Max from an overdose and he hated being riddled with pain as he wanted to be active,” Pritchard told Radar. “John was hoping to visit his son, Jack, by actress Melissa Leo in Europe in August, the pair were very close, but sadly that cannot happen now.”

4. Heard Also Had a Son, Jack Heard, With Melissa Leo

During the 1980s, Heard was in a relationship with future Oscar winner Melissa Leo. During their relationship, Leo and Heard had a son, John “Jack” Matthew Heard, who was born in 1987.

The Baltimore Sun reports that their relationship lasted three years.

According to a 2014 New York Times profile on Leo, Jack is an artist living in California. He said he was often sick as a child because his mother loved tearing down rooms “to get out from the walls whatever 200-year-old cat dander, newspapers or old sweaters were between them, making me sick. She did it slowly, one room at a time, for most of my life, which meant that some rooms had to be done over again.”

Leo raised Jack herself. She told Buzzfeed that she feared raising him as a single parent at first.

“It’s the only way I’ve ever known raising a child, and I have a lot of thoughts and advice to parents who find themselves separating or considering separation,” she told Buzzfeed in 2013. “When I was pregnant with Jack, and I knew it would be difficult, I thought, Oh, it would be all right to raise him as a single parent. And in the end, I discovered that human beings need two. I don’t care if they’re two women or two men or a grandma and an auntie. But human beings, when we’re small, need two.”

Heard’s relationship with Leo was rocky. In 1991, Heard was arrested for allegedly slapping Leo and charged with third-degree assault.

In 1996, Heard was arrested for allegedly stalking Jack in Baltimore, where Leo was living at the time. “I fear for the safety of my son and my safety,” Leo told police at the time, People Magazine reported. Leo’s then-boyfriend, John Russell, also accused Heard of striking him in the chest and neck.

Months later, Heard pleaded not guilty to charges of harassment, telephone misuse, assault and trespassing. A stalking charge was dropped. The ordeal ended when Heard and Leo reached a custody agreement.

In 2013, Leo told Buzzfeed that the process was “hellish,” but her relationship with Heard had smoothed over. She described it as a “friendly” relationship and even had breakfast together to celebrate Jack’s birthday.

“It was more than nice. It was really, really lovely. And we have produced an amazing human being,” Leo said of their son.

Read More
5 Fast Facts, Movies
John Heard, the actor best known for the Home Alone movies, has died. He was married to Margot Kidder and two other women during his life.