Justin Bieber has decided to cancel the remainder of his world tour. On Monday, his rep released a statement announcing the decision. Bieber has not posted anything on his social media accounts all day.

“Due to unforeseen circumstances, Justin Bieber will cancel the remainder of the Purpose World Tour concerts. Justin loves his fans and hates to disappoint them. He thanks his fans for the incredible experience of the Purpose World Tour over last 18 months. He is grateful and honored to have shared that experience with his cast and crew for over 150 successful shows across six continents during this run. However, after careful consideration, he has decided he will not be performing any further dates. Tickets will be refunded at point of purchase,” read the statement.

Within minutes, fans of Bieber took to social media to completely slam the “I’m the One” singer. While some fans posted some horrible messages to the star, others came to his defense. What ended up happening was an all-out war broke out with people going back and forth, some slamming Bieber, others supporting Bieber, and many choosing to slam each other.

“So you just cancel your tour after i bought [expletive] tickets???? And i bought a [expletive] HOTEL ROOM!!! I CANT GET A REFUND ON THAT NOW. I’ve been a fan since 2009 but not after this,” wrote one fan.

“If [you] knew [you] couldn’t handle 18 months then don’t plan something like [that]. you can’t make your fans believe in you and then break their hearts when you cancel it. people looked forward to this tour, including myself and a lot of people i know. if you keep doing things like this you are eventually going to find yourself with no faithful fans. it is not fair to go back on such a big movement. i still love u and still believe in you [but you] need to take a serious look at what your doing and change yourself for the better,” wrote another.

The nasty, negative comments didn’t stop there. While many fans are very upset about being forced to miss the Biebs on tour, many are also concerned with Bieber’s health. Many fans asked “what’s wrong?” and said things like, “I hope you’re okay.” Thus far, Bieber hasn’t offered any sort of explanation for his decision.

Below are the tour dates that have been cancelled. 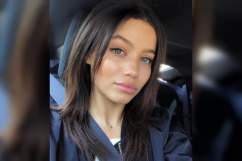 Read More
Justin Bieber, Music
Justin Bieber is being slammed on social media by fans after announcing that he was cancelling the remainder of his Purpose World Tour.