Love & Hip Hop: Hollywood | Season 4 Official Super Trailer | Returns Monday July 24 8/7cLove & Hip Hop: Hollywood is back with some new additions! Catch the season premiere Monday at 8/7c only on VH1! #VH1 #LHH #LHHH Subscribe to VH1: http://on.vh1.com/subscribe Love and Hip Hop Hollywood returns with a vengeance guaranteed to keep viewers on the edge of their seats. Favorite cast members from the City Of Angels…2017-07-21T14:00:03.000Z

Tonight is the season 4 premiere of Love & Hip Hop Hollywood and we’ve got all the details on what to expect on the premiere, cast member details and more. So, let’s get started with the main cast members.

My skin is BEAMING after my Viva Resurfacing Facial from the amazing professionals at @beautygoalsaesthetics!!! ? can't wait to go back to finish my transformation with under eye fillers and a Lil' plump in my rump ? Call and tell them I sent you for a nice discount ?

Moniece has a new love life going on, dipping in the lady pond with girlfriend AD, who is an entrepreneur. Fetty Wap’s ex Alexis Skyy and Moniece recently, outside the show, had some major back-and-forth words for each other via social media, so fans will have to wait and see if their tension comes up on LHHH this season. While Alexis claims to have beaten up Moniece, Moniece claims the same, as Wetpaint reports.

On the premiere episode this season, Hazel-E goes up against her haters and she also has a new man in her life, Rose Burgundy. Hazel-E is a rapper and publicist. At some point this season, Hazel-E has some major fights with her cast members, as promo videos show her throw her drink at recurring cast member Masika Kalysha and a plate to her “good friend” Teairra Mari.

Teairra Marí is a singer, songwriter, dancer, model and actress, much like some of the other cast members on the show. She was previously on Love & Hip Hop: New York before she joined LHHH in 2014. According to Enstarz, Teairra “finds love” with Cisco Rosado on the show, but her alleged alcoholism may get in the way of their relatioship.

These two tied the knot at the end of season 3, but they do not have a big part in episode 1 this season. Despite this, they have a lot going on in their relationship as they appear to struggle with having a child. Their journey in trying to get pregnant causes emotional stress in the relationship this season.

Lyrica Anderson and A1 Bentley are dealing with some big marital woes this season. Enstarz reports that the couple is enjoying their love affair, but that the career aspect is rocky and Lyrica’s jealousy can get in the way.

??… Shoulda been did it STRAIIITTT#stuntgang

Welcome Keyshia Cole to the scene this season and the drama kicks off right on the premiere episode as she deals with unresolved issues with her estranged hubby, former NBA player Daniel “Booby” Gibson. The ex-couple are co-parenting under the same roof, but they are not together. Keyshia puts her family life front and center this season, along with her music.

In addition to the main cast, there are main recurring cast members and guest stars. The following people are also on the show this season:

The premiere episode features Keyshia, Booby, Zell, A.D., Alexis, Brooke and Marcus for the first time. And, the synopsis of episode 1 reads: 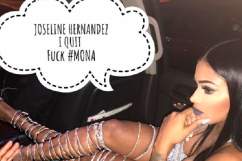 Did Joseline Hernandez Get Fired or Quit on ‘Love & Hip Hop Atlanta’? 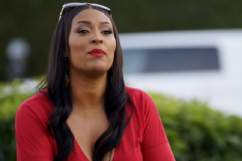