Like every Marvel Cinematic Universe movie before it, Spider-Man: Homecoming drops plenty of eggs that will hatch in future movies. One of them is Mac Gargan, whose name should sound familiar to anyone who has been reading Spidey comics. That’s because he’s Scorpion, a Spider-Man villain who has been a thorn in the Web-head’s side for over five decades.

While Michael Keaton’s Vulture is the film’s main villain, the movie drops hints of several villains that will pop-up in future MCU Spider-Man films. Gargan is introduced in the film and will likely become Scorpion. In the comics, the most familiar version of the character wears an all-green suit and has a giant mechanical scorpion tail attached to his back. However, in the film, he was just a criminal buying weapons from the Vulture. In the end credits scene, we see him wearing a brace on his arm, and he has a scorpion tattoo on his neck.

Here’s what you need to know about Mac Gargan.

1. Gargan Became Scorpion After J. Jonah Jameson Hired Him to Find Out How Peter Parker Got Great Pictures of Spidey

MacDonald Gargan first appeared in the December 1964 issue of Amazing Spider-Man. He appeared as Scorpion in the next issue, dated January 1965. He was created by writer Stan Lee and artist Steve Ditko, who also created Spider-Man himself.

Gargan was first introduced as a private investigator hired by J. Jonah Jameson to find out how Peter Parker got such great photos of Spider-Man. Since Peter’s spider-sense went off whenever Gargan approached, his investigation went nowhere.

Later, Jameson decided to pay Gargan $10,000 for him to be in a science experiment. The experiment imbued Gargan with the abilities of a scorpion, but it also drove him insane and made him a criminal. Spider-Man often showed up to stop him.

In the 2000s, Marvel’s writers decided to change things up for Gargan.

In the Marvel Knights: Spider-Man series, which launched in late 2004, Gargan was a host for the Venom symbiote.

This happened after Norman Osborn (the Green Goblin) discovered Peter’s identity and tasked Gargan to kidnap Aunt May if anything happens to Osborn. While on the mission, the symbiote bonded with Gargan, since they both shared a hatred for the Friendly Neighborhood Spider-Man. In the end of the story, Gargan tells Peter that he’ll keep his identity a secret to keep it as leverage.

Gargan was featured as Venom in the 2006-2007 miniseries Beyond!. He was also in Thunderbolts as Venom.

In Dark Avengers in 2009, Gargan was Spider-Man. He was included in the titular team formed by Osborn. In the 2010-2011 story “Big Time,” Gargan returns to being Scorpion. 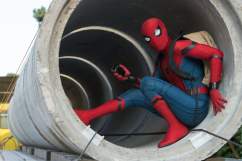 ‘Spider-Man: Homecoming’ Spoilers: Is There an End Credits Scene?

3. In the Ultimate Universe, Gargan is a Mexican Mob Boss

Since J. Jonah Jameson isn’t a part of Homecoming, it’s possible that Gargan in the film is inspired by Maximus Gargan, the version of the character in Marvel’s Ultimate Universe.

In Ultimate Comics Spider-Man, Gargan is a Mexican mob boss who worked with Aaron Davis/Prowler (the character Donald Glover plays in the film). He doesn’t wear a green costume with a giant scorpion tail attached, but carries a giant metal scorpion stinger on a chain. He also has superhuman strength and durability.

In a June 2016 Vulture interview, Mondo played coy about which character he plays in Homecoming. “All I can tell you is that, in 2012, when I was in L.A. for the first time in my life, I walked into a Marvel store and walked out with a hoodie, and it was that character,” he said.

However, he later spilled the beans on Instagram by posting a photo of the Scorpion LEGO mini-figure.

“Over the moon to be playing my favorite Super Villain THE SCORPION,” Mando wrote.

5. Scorpion Could Play a Big Role in ‘Homecoming 2’

The mid-credits scene for Spider-Man: Homecoming shows Gargan visiting the Vulture in prison and tells him that he’s working with other villains to create a team of criminals to stop Spider-Man. It’s possible that Gargan will get to be Scorpion on the big screen in the sequel to Homecoming.

Spider-Man: Homecoming 2 (which will definitely not be the final title, is scheduled to open on July 5, 2019. Marvel chief Kevin Feige and producer Amy Pascal, who’s working on the film for Sony, told Collider in June that production on the new film will likely start in “April or May” 2018.

A June 21 Hollywood Reporter story on how Homecoming was made reveals that a different MCU character will be featured in the sequel. Homecoming features Robert Downey Jr.’s Iron Man, but the next film will include someone not seen in this film. 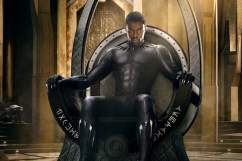 ‘Black Panther’: Meet the Cast of the Marvel Movie