Nelsan Ellis, the actor who starred in HBO’s True Blood (2008-14), has died. According to The Hollywood Reporter, Ellis’ death was confirmed by his manager Emily Gerson Saines. He was 39.

How did the actor die?

According to Saines’ statement, “Nelsan passed away after complications with heart failure.” Any prior history of heart trouble or health issues were not made public at the time of his death, but per Saines’ report, Nelsan’s father Tommie Lee Thompson released a more detailed account a few days later:

Nelsan’s father has bravely agreed for me to share the circumstances of Nelsan’s heart failure. Nelsan has suffered with drug and alcohol abuse for years. After many stints in rehab, Nelsan attempted to withdraw from alcohol on his own. According to his father, during his withdrawal from alcohol he had a blood infection, his kidneys shut down, his liver was swollen, his blood pressure plummeted, and his dear sweet heart raced out of control.

Ellis was born in Harvey, Illinois in 1978 and attended Thorn Ridge High School in Dolton. He later attended Oxford University and Columbia College in Chicago, before attending from the prestigious Juilliard School. After graduating with a Bachelor of Fine Arts in 2004, Ellis appeared in numerous films, including The Soloist (2009), Secretariat (2010), The Help (2011) and The Butler (2013), where he played Martin Luther King, Jr. Most recently, he appeared in the independent film Little Boxes (2016).

But for many, he will be remembered as the scene-stealing Lafayette Reynolds on True Blood. The Hollywood Reporter claims that the character was actually killed off in the books, but Ellis proved such a hit with audiences that the producers decided to keep him alive for the duration of the show’s seven seasons.

In addition to Saines, numerous friends and collaborators of Ellis released statements to pay tribute to the late actor. “Nelson was a singular talent,” said True Blood creator Alan Ball, “Whose creativity never ceased to amaze me. Working with him was a privilege.”

HBO, who distributed the show, wrote: “We were extremely saddened to hear of the passing of Nelsan Ellis. Nelsan was a long-time member of the HBO family whose groundbreaking portrayal of Lafayette will be remembered fondly within the overall legacy of True Blood. Nelsan will be dearly missed by his fans and all of us at HBO.”

Others have taken to social media to pay their respects, citing the actor as a “Sweet, gentle soul” and “An amazing talent.” Check out some of the most notable reactions below, including those from True Blood alum Anna Paquin and Joe Manganiello.

It was an utter privilege to work with the phenomenally talented and deeply kind soul .@OfficialNelsan I'm devastated by his untimely death. pic.twitter.com/If17csduHz

Crushed today by the loss of my friend and castmate Nelsan Ellis. He was a wonderful person, a pioneer, and a one of a kind artist. RIP pic.twitter.com/fvtquhIac7

my heart just sank to the floor learning of the passing of Nelsan Ellis aka Lafayette from True Blood…what an amazing talent..just 39. RIP

The passing of #nelsanellis has me really busted up. Some actors pierce your soul in ways they'll never know. He was one of them. pic.twitter.com/0oMvexCFBd

Ellis is survived by his father and his siblings Lakeeia, Tommie Lee Jr., Babon, Maurice, Tianna, Yvonne, and Shaentika. The actor also has one child, Breon Ellis.

In lieu of flowers, the family has asked for all donations be made to the Jenesse Center or The Restoration Ministries Church of God and Christ. To learn more about Ellis’ life and career, click below. 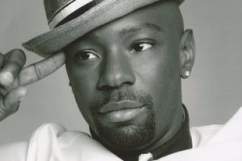 Read More
cause of death, HBO, True Blood
The 'True Blood' actor died at the age of 39. Learn more about his health and his cause of death here.