First date night since we became mommy & daddy ? thanks to Boomers Auntie Whitney and Uncle Larry for babysitting!

Michael Phelps is one of the most well-known Olympic swimmers in the world and he is off the market, ladies. Get to know more about Phelps’ past relationships, how he met his wife, and the couple’s rocky road to the altar.

When Phelps and Johnson were each at the 2007 ESPY Awards, that’s when the two first met, though they reportedly didn’t start dating until 2009. At the ESPYs that year, Phelps was nominated for Best Record-Breaking Performance and though he did not win the award that year, he did win in 2009, 2013 and 2017. Upon receiving his award this year, in his acceptance speech, he talked about meeting his wife and said:

Today is my wife’s birthday, and we met here 10 years ago. It’s the most amazing thing in the world.

Happy bday to my best friend and love of my life!!! Two days ago we celebrated our 10 year anniversary of meeting at the #espys !! #yourethebest #happybday #happiness.

This brought so many memories back when I saw it in my feed ?? such a flood of emotions!! Thank you @intagemsanddiamonds & @peterphengyoung for not only posting this but also for becoming such a major piece of my life. I will never forget meeting you guys the night I was crowned with this gorgeous tiara ? And now I carry a piece of your jewels with me everyday… Thank you for helping @m_phelps00 create my perfect engagement ring ?? #family #memories

Nicole Johnson was a beauty queen when she met her husband Michael Phelps. She won the Miss California USA 2010 title in 2009 and was the runner-up in 2007. She also made it into the top 10 for the Miss USA 2010 Pageant. According to Cosmopolitan, Phelps made it a point to take breaks from Olympic training in order to support wife Johnson in her pageant gigs. Johnson talked about his attending her pageants to E! News, saying:

Michael is here supporting me and my family and it feels great. It’s been great. I love having their support. They have all backed me in everything I’ve done.

And, when Phelps, himself, was interviewed by E!, he said that he was at the pageant for one reason – Nicole.

3. The Couple Has One Child Together

Phelps and his wife have one child, a son, together and his name is Boomer. The two found out they were pregnant before they tied the knot and Phelps revealed to People that:

Nicole and I, before finding out [about Boomer] thought we’d travel around the world for a bit and have a honeymoon, but sometimes life isn’t exactly what you think it will be. We are so fortunate to have a healthy and happy baby and hopefully more coming soon, but we don’t know when. We’re going through life everyday happy and blessed with what we have. But I hope to have more kids in the future.

Phelps’ son Boomer actually has his own Instagram account, which you can check out by clicking here.

4. Johnson and Phelps Broke Up Several Times Before Marrying

According to Bustle, Johnson and Phelps broke up twice before getting back into their relationship for good. Phelps explained the rocky parts of his relationship in an interview with Access Hollywood and explained:

We both had to go through some things to get to the point where we are now in our life. I always said if I had the chance to get her back, she was the one I was going to spend the rest of my life with. I was able to have that opportunity… I didn’t want to live my life without her and not have her know exactly how I felt.

Her and I have been on and off for eight years. It’s been a long time. We’ve been through a lot. But I love her to death. We’ve been able to grow as a couple through everything we’ve been through, the positive changes I’ve made in my life.

The couple ended up getting engaged in February 2015 and revealed the news via their Instagram accounts.

5. An Intersex Woman Claimed Phelps Has Cheated On Johnson In the Past

Happy Fathers Day to 3 amazing Dads who mean so much to me ? & a very Happy early Birthday to Grammy!!

Taylor Lianne Chandler, an intersex woman, has spoken out several times to the media and on social media, talking about a relationship she allegedly had with Phelps. Elite Daily reports that Chandler slammed Phelps in a long Facebook rant, saying that he cheated on Johnson when she was his fiancee. Chandler wrote:

Cheated on Nicole with Carrie Prejean. That’s why they broke up! Cheated on Ami Desi with Win McMurry. They broke up! Cheated on Demi Rose Mawby with Nicole … Then there was a girl from Cali, Canada, the dog walker. They all knew about Nicole and I. Then there are the escorts, stewardesses, waitresses, other swimmers, all in 2014! … He lied to all these women. Wake up world and stop being blinded by the gold!

Chandler also said that she was involved with Phelps when he went to rehab after a DUI in 2014. 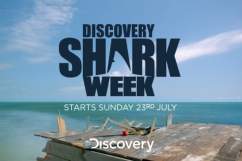 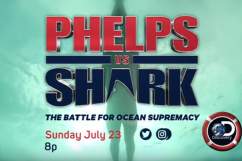