On Friday, June 7th, attorney Lisa Bloom announced that she will be representing Blac Chyna against her former boyfriend Rob Kardashian. “I just gave Rob Kardashian notice that we’ll be in court Monday seeking restraining orders against him,” she wrote on Twitter, “More to come.”

I represent Blac Chyna. I just gave Rob Kardashian notice that we'll be in court Monday seeking restraining orders against him. More to come

Here is my statement on why I am representing Blac Chyna in this important fight in women’s rights. pic.twitter.com/hZO4UV894X

Bloom concludes her statement by saying “It stops now. Your attempts to shame and control her are hereby rejected. Her body, her choice. Her life, her choice. Back off.”

Bloom, along with her co-counsel Walter Mosley will be in Superior Court on Monday, to reportedly request the appropriate restraining orders to, as she puts it, “require Mr. Kardashian to behave like a grownup towards the mother of his baby.”

According to People Magazine, Chyna has not yet filed for a lawsuit, but her attorneys claimed that they are looking into her legal options at this time. “I am exploring all legal remedies and protections available to my client at this time in attempts to best advise her on how she may want to proceed,” says Mosley, “Lisa Bloom is the best in the business and has the right sensitivities and skill set to handle this delicate and complex matter. She’s a warrior for women’s rights and that’s the type of lawyer we need right now.”

Bloom has represented a number of celebrity clients over the years, including comedian Kathy Griffin, who was allegedly bullied by the Trump family after posting an image of her holding a faux-decapitated head of the President in May.

More recently, Bloom won a case on behalf of actress Mischa Barton, after her ex-boyfriend released sexually explicit images of her online. On June 5th, it was announced that distribution of the explicit images were banned. Read the full statement here. 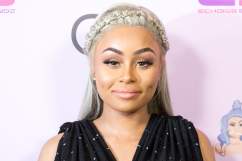