Rick and Morty Season 3 returns tonight at 11:30 p.m. Eastern with Episode 2. Fans are so excited that they’re already coming up with some theories about the rest of the season. We’ve scoured the Internet for photos and videos from Season 3 that will help keep you busy until the new episode premieres later tonight.

This has spoilers for Season 3, from trailers and other information released by Adult Swim and people associated with Adult Swim.

Tonight’s episode will feature Rick, Summer, and Morty in a Mad-Max-type world. It looks like there might be some type of cage match involved, but who will be the champion?

We already have a few clips from the upcoming episode. An earlier sketch of Pickle Rick from Comic-Con led some to think that he was going to be breaking out of prison this way, but since we already saw him break out of prison in Episode 1, we know he’s not using Pickle Rick for that purpose. Here we see that the Pickle Rick costume can actually fly:

Here’s a sketch that shows him using the costume to take on a rat. But does this actually make it to the show? From clips that we’ve seen, yes it does.

And here he is when he first introduces himself as Pickle Rick to Morty:

So it looks like Pickle Rick builds himself an Iron Man type costume complete with legs and arms and a partial skeleton in order to make himself a real contender in the “smaller” world. He likely made himself smaller in order to infiltrate a top-secret group, because Rick — even Pickle Rick — is always 10 steps ahead of everyone else. Here’s one photo from the trailer:

The best part may be when he somehow sends an explosion via computer in the trailer:

And here’s another Pickle Rick clip:

Episode 4: Vindicators 3: The Return of the Worldender

In the trailer for Season 3, Rick and Morty are called to assemble by the Vindicators. The call comes from a glowing crystal in Rick’s garage, which Rick quickly makes fun of (but Morty thinks is pretty exciting.) “I refuse to answer a literal call to adventure Morty. Let it go to voice mail!”

The clip at this link is also from Vindicators 3, because it shows the same bugs that we see in the trailer and the photo above.

And here’s what the group is fighting:

Nerdist suggests that maybe this episode is about DNA from Rick and Morty getting turned into green clones via a kiss (because “whirly dirly” can refer to a type of kissing.) The photo above is from the trailer, but is it from Episode 5? We definitely see a “Morty like” green creature here. Here are some more pictures from that scene:

And here’s a shot of Rick fighting his green clone:

In the extended trailer for Season 3, we see what might have created the green versions of themselves… Are they back in the Cronenberg universe?

We saw a few scenes in the Season 3 trailer that showed Rick out having fun with Jerry, for some reason, so that seems the best guess for this episode. The photo above is from a clip played by Adult Swim here. It shows Rick and Jerry arriving at a place that Jerry says is fancy, but Rick says could be an alien truck stop for all Jerry knows.

But why would Rick ever choose to spend time with Jerry? In this photo, it looks like he’s been shot but he’s doing just fine:

But Jerry’s not having fun the whole time, so this might be why Rick is happy to spend time with him:

Then again, maybe it’s not even the same Rick after all. Check out the same mark on his shirt, looking like he’s been shot:

As an added bonus, “Not Justin Roiland” shared this clip on YouTube and labeled it as being part of Episode 6. This is a 2:29 minute long clip, so only watch if you’re OK with having a significant part of the episode’s opening spoiled:

Here are some additional scenes, many of them from the trailer. What do you think they mean?

And something pretty epic happens to Summer sometime this season. It looks like she’s on an alternate world and found another version of herself:

But that transformation is nothing compared to this one:

Which apparently happened thanks to the Morphizer-XE:

And here’s the extended trailer for Season 3, in case you didn’t see it.

Have any theories about Season 3? Let us know in the comments below. 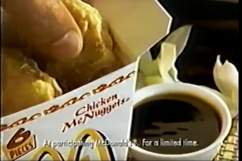