After a rocky start to the relationship, however, the couple has called it quits. Here’s everything you need to know about Romain Zago and his relationship with reality TV star Joanna Krupa.

1. They Allegedly Separated in May

According to People, Krupa and her husband separated in May after being married for nearly four years.

A source close to the couple reportedly told People that the break up was amicable.

Another source told the Miami Herald that the two merely “grew apart,” and it was time to end things.

2. He Is a Miami Night Club Owner

Zago owns and is the managing partner of Mynt night club in Miami, where he has worked since 2005.

His LinkedIn bio reads, “If there’s one club on Miami Beach synonymous with exclusivity, it is Mynt Lounge. During its tenth-year reign the definitive Über lounge on the 2100 block of Collins has earned a reputation for the tightest door policy and most fabulous crowd in the Magic
City.” 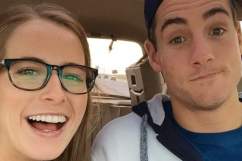 3. A Cheating Scandal Nearly Kept the Couple From Marrying

Krupa and Zago’s long and rocky road to engagement was chronicled on Real Housewives of Miami in 2012, when Krupa found text messages on Zago’s phone between him and a coworker.

When Joanna gave Zago a chance to come clean, he did so. The Huffington Post reports him as saying, “I just wanted to leave you, and there was no better way for me to leave you than to hook up with somebody else. Try to, obviously, because I didn’t.” He added on that he felt as if Joanna had left him behind to focus on her career.

She, luckily, acknowledged that she hadn’t paid enough attention to their relationship, and the two were able to repair the romance.

4. Krupa Has Moved on With Nico Santucci According to US Magazine

The future will one day become ur present… stay focus on what matters… to make sure that one day, it will still matter #stayhealthy

According to US Magazine, Krupa has moved on from her ex-husband with entrepreneur Nico Santucci.

The outlet reported that the two were spotted on a date night at Mr. Chow in LA, though neither confirmed that they were an item.

An insider reportedly told the outlet, “Joanna and Nico are feeling it out and like each other. They’ve been hanging out.” Another source added on, “They’ve been inseparable and enjoying their time together, and they spent Mother’s Day together.”

Romain has over 123k followers on Twitter, but that’s nothing compared to Joanna, who has over 1.1 million.

Some fans argue there were hints that the couple’s relationship was doomed even after their beautiful wedding. A few months after the wedding, Krupa opened up to People about their marriage saying, “The honeymoon stage officially ended a week ago. Right after the wedding, everything was so calm. We were relaxed, didn’t bicker. Now it’s back to normal.”