Sam Shepard, the playwright and actor who died on July 31 at age 73, had a long working relationship with singer-songwriter Patti Smith. The two also had an affair during Shepard’s first marriage.

Smith remembered Shepard in an essay for the New Yorker called “My Buddy.” In the emotional piece, Smith wrote about how Shepard had long promised to show her the Southwest, but he could not because of his illness.

“Sam was dealt a whole other hand, stricken with a debilitating affliction. He eventually stopped picking up and leaving,” Smith wrote. “From then on, I visited him, and we read and talked, but mostly we worked. Laboring over his last manuscript, he courageously summoned a reservoir of mental stamina, facing each challenge that fate apportioned him. His hand, with a crescent moon tattooed between his thumb and forefinger, rested on the table before him. The tattoo was a souvenir from our younger days, mine a lightning bolt on the left knee.”

Shepard’s death was first reported by Broadway World. A family spokesman told the New York Times that he died from complications of ALS, also known as Lou Gehrig’s Disease.

Shepard was a man-of-all-trades, earning the Pulitzer Prize for Drama in 1979 for the play Buried Child and earning an Oscar nomination for Best Supporting Actor in 1983’s The Right Stuff. He was widely considered one of the best – if not the best – American playwright of his generation. His other works include Cowboy Mouth, Action, Suicide in B Flat and Kicking a Dead Horse. He also wrote several screenplays, including Wim Wenders’ Paris, Texas.

As for the 70-year-old Smith, she is best known for her legendary debut album Horses and the hit “Because the Night,” written with Bruce Springsteen. She’s a member of the Rock and Roll HAll of Fame.

Here’s a look at Shepard’s relationship with Smith.

During the early 1970s, Shepard experimented with adding music to his plays. This resulted in Cowboy Mouth, a collaboration with Smith. At the time the play was written, they were having an affair, even though Shepard was married to actress O-Lan Jones at the time.

According to Shepard’s website, Cowboy Mouth was written after a “war of words that lasted two nights.” The plot includes just two characters, a woman named Cavale and a man named Slim she kidnapped.

The play was first performed on April 29, 1971 at the American Place Theater in a double bill with Black Bog Beast Bait. Jones starred in that play, while Smith starred in Cowboy Mouth.

Smith said of the play:

“We did this play at American Place Theater – ‘Cowboy Mouth’. That was my title. I took it from Bob Dylan’s ‘Sad Eyed Lady of the Lowlands.’ It was just a play between us. We had lots of alchemy, because we had written the play, we were sayin’ our own lines. Lots of light comin’ out of that stage. We were only trying to talk about two people that were destined — two big dreamers who came together but were destined to come to a sad end. It was the true story of Sam and I. We knew we couldn’t stay together. He was going to go back to his wife and children, and I was gonna go on my way.” 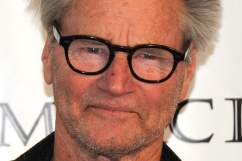 2. Smith Said She Was Friends With Shepard’s Wife O-Lan Jones

Smith and Shepard’s affair began just a year after he married Jones. That marriage lasted from 1969 to 1984. They had one son, Jesse Mojo Shepard, who was born in 1970.

In the 1995 book Mapplethorpe: A Biography by Patricia Morrisroe, Smith says that she was friends with Jones.

“Me and his wife still even liked each other,” Smith said. “I mean, it wasn’t like committing adultery in the suburbs or something.”

Smith and Shepard even got tattoos together, Morrisroe notes. He got a hawk moon, while Smith got a lightning bolt on her knee. One friend of Smith’s also told Morrisroe that Shepard was jealous of Smith’s talent and that played a role in the “War of words” that resulted in Cowboy Mouth.

Soon after Cowboy Mouth premiered, Shepard took his son and wife to London, leaving Smith in New York. Shepard didn’t come back to the U.S. until 1975.

“It was painful,” Smith told the Guardian of Shepard’s decision to leave her behind. “We knew it was going to end and we were in a room at the Chelsea Hotel. And instead of sitting around and moping, Sam said: ‘Let’s write a play.’ And I said: ‘I don’t know how to write a play.’ And he said: ‘I’ll be one character, and you can be the other.’ And we just sat up all night, him writing a line and then pushing the typewriter across the table to me, and then I’d write a line.” 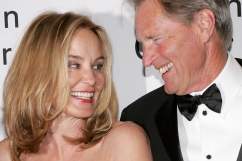 3. Smith Had No Idea Who Shepard Was When They Met

Smith had no idea who Shepard was when they met, she told the Guardian in 2010 even though he was already an award-winning playwright by 1970. He won six Obie Awards from The Village Voice. When they met, all she knew was that he was a drummer in a rock and roll band.

As she explained to The Guardian:

He was just everything that one could want. He was – still is – a very handsome man. And he had this animal magnetism. It was almost visceral. He was so high energy and had a real glint in his eyes. He was born for rock’n’roll. I had no idea who he was when I met him. He was a drummer in a band, the Holy Modal Rounders, at the time and he just had something in him that made him a great, great performer. I just thought he was the future of rock’n’roll. I had no idea that actually he was this great writer too.

Forty years after their romantic relationship ended, Smith sounded as if she had no ill-feelings toward Shepard.

“Oh, he’s a very charming guy,” Smith told the Guardian in 2010. “Very compassionate and thoughtful about other people’s feelings. But he’s not one for bullshit either.” 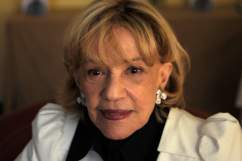 Smith and Shepard continued to work together. In 2007, Smith recorded an album of covers called Twelve, which included a new recording of Nirvana’s “Smells Like Teen Spirit.” Shepard played banjo on the song.

The two also sat down for an talk in 2010 at the 92nd Street Y in New York City after Smith published her book Just Kids and Shepard’s Day Out of Days was released. As Interview magazine notes, the event was filled with laughter and it felt like they were “competing siblings.” At one point, Shepard told her “This isn’t a contest,” after she read selections from her book.

Smith also wrote the foreward for The One Inside, a novel by Shepard published in February 2017. 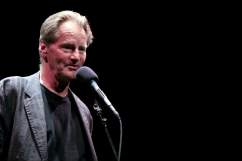 5. Shepard Was in a 30-Year Relationship With Jessica Lange & Smith Was Married to Fred Smith

After his marriage to Jones ended, Shepard was in a relationship with Oscar-winning actress Jessica Lange. They never married, but had two children together, Hannah Jane and Samuel Walker. In 2011, Lange and Shepard separated, their representative told Us Weekly. “They separated a little less than two years ago,” a source told the magazine.

As for Smith’s relationships, she was married to Fred “Sonic” Smith from 1980 until his death in 1994. Fred Smith was a member of the rock group MC5. Smith also has two children, son Jackson and daughter Jesse.