Bravo’s new reality series, A Night With My Ex, brings together former couples and sticks them in a house together for one night. As you’d expect, it’s the perfect recipe for drama.

The show uses hidden cameras in the home– no producers, and only cameras that are “rigged” to track the couples’ every move.

The first season of the show comes complete with marriage proposals and even a pregnancy reveal. Read on to learn a bit about the couples appearing on the show this season.

Fabian & Rachel
Rachel is a virgin from Minnesota and broke up with Fabian after she found out he cheated on her. Fabian is guilt-ridden and determined to get her back, but Rachel isn’t sure that’s what she wants.

Rob & Shivonne
Rob and Shivonne have been together for what feels like forever. They’re off and on (off when the show was filmed) and Rob wants to ask Shivonne to move in with him. She’s got to come clean about some things before she feels she can do that, though.

Matt & Sunnie
Matt never felt like he was on Sunnie’s priority list. He was jealous of her career, and felt she always put it before him. However, Matt is ready to dish out some secrets that he’s kept to himself. Little does he know, Sunnie has some secrets of her own.

Abby & Keith
In Abby and Keith’s complicated romance, Abby has always seemed to hold the power. Now, she wants Keith back for good, and wants to apologize for the way she treated him. But Keith isn’t sure he wants to give into her manipulative ways once again.

Melicka & Tahir
Melicka is still hurting after Tahir ghosted her and left her in the dust. Now, she wants answers from Tahir. He, however, will have a story that explains where he went that may just win her back.

Conrad & Schedel
Conrad is still trying to figure out if Schedule cheated. He wants to know what happened, if he can forgive her, and if the two can ever move beyond that.

Alexa & Tyler
Tyler cheated on Alexa with her friend, Rachel, and she’s never gotten over it. In the episode that features this couple, Alexa will learn that Tyler may have never really cheated on her, which could change the nature of their relationship forever.

Jason & Renatta
Jason and Renatta go way back. And by that, we mean way, way back. The two have known each other since kindergarten, and on this episode, Jason hopes he can win Renatta back– this time, for good.

Courtney & Nick
Courtney has a daughter, and when she dated Nick, her daughter grew very close to him. She ended up finding out that he was texting another woman inappropriately, at which point she cut it off.

Cornelius & Gary
These two are on polar opposite ends of things. Gary thinks it was right of him to leave the relationship, while Cornelius can’t seem to figure out why the two split up in the first place.

Jessica & Joe
According to TV Guide, Jessica made Joe choose between her and football when he was cut from the NFL and had to move to Italy to continue playing. The time of sports is over now, though, and Joe is back home in New Jersey. Jessica regrets that she gave her ex that ultimatum, and is wondering if she can win him back now. 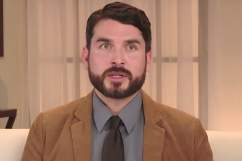 Bravo’s ‘A Night With My Ex’ Premiere Spoilers

Read More
Bravo, Reality TV
Meet the couples who will appear on season 1 of Bravo's new reality series, A Night With My Ex.