During the performance, Cara was slowly stripped away of the dress, make-up and hair that’s supposed to make her “beautiful.” But in the end, she revealed that she’s beautiful as she is.

Cara’s four nominations are all in major categories. The video for “Scars To Your Beautiful” is up for Video of the Year, although her competition includes Kendrick Lamar’s “Humble.”; Bruno Mars’ “24K Magic”; DJ Khaled’s “Wild Thoughts”; and The Weeknd’s “Reminder.”

so excited for cuties @alessiacara and @zedd's win for "Stay" for Best Dance #VMA! pic.twitter.com/cE0ZAF8yQY

“Scars To Your Beautiful” appeared on Cara’s first album, 2015’s Know-It-All. The song is all about body image. As she told Idolator, “It’s directed at women, but I think men can relate to it as well. It’s just a song about these things that certain women go through on a daily basis in order to feel loved or in order to love themselves.”

Cara’s real full name is Alessia Caracciolo. She burst onto the scene after her YouTube videos of acoustic covers caught DefJam Recordings’ attention. She was signed and her first single, “Here,” became a surprise hit.

Cara also recently teamed up with rapper Logic and singer Khalid to perform on “1-800-273-8255.” The video for the song has 14.6 million views and is about a teen struggling with his sexuality. The titular phone number is for the National Suicide Prevention Lifeline. The trio also performed the song at the ceremony. 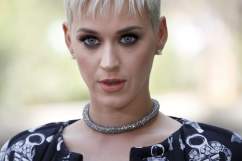