Katy Perry addressed rumors she's getting back with Orlando Bloom: "It's nice to keep people you love around you." https://t.co/tFFOlYcQze pic.twitter.com/6ZV2gdZmGa

Katy Perry and Orlando Bloom dated for approximately a year before calling it quits. But, recently, the two were spotted out together at a concert and the rumors started swirling. When Perry was talking about it on The Morning Mashup, she said:

Well, you know, I think people are in and out of your life. It’s nice to keep people you love around you. When you get older, lines get blurred. And you know what, I’m really busy. I’m about to go on tour for another year.

Perry is embarking on a year-long tour, so perhaps she’s trying to stay away from an labels with the relationship.

When Bloom and Perry called it quits, their reps released the following statement, “Before rumors or falsifications get out of hand we can confirm that Orlando and Katy are taking respectful, loving space at this time.”

So, what went wrong in the relationship? Bloom recently opened up about the split to Elle UK and said that:

We’re friends, it’s good. We’re all grown up. She happens to be someone who is very visible, but I don’t think anybody cares about what I’m up to. Nor should they. It’s between us. It’s better to set an example for kids and show that [breakups] don’t have to be about hate.

Perry echoed the same thoughts after the two originally broke up, writing this message on Twitter:

HOW BOUT A NEW WAY OF THINKING FOR 2017!? U can still b friends & love ur former partners! No one’s a victim or a villain, get a life y’all!

According to E! News, Bloom and Perry are giving their relationship a try again. 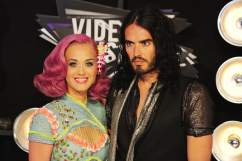 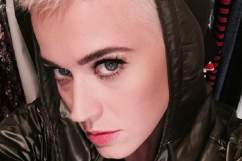