Getty Anna Faris and Chris Pratt attend the premiere of 'Passengers' on December 14, 2016.

The former broke the news on Facebook on Sunday night, with a message that read: “Anna and I are sad to announce we are legally separating. We tried hard for a long time and we’re really disappointed. Our son has two parents who love him very much.”

Pratt and Faris have been married since 2008, and have one child together, Jack.

1. They Met While Playing Love Interests in the 2007 Film ‘Take Me Home Tonight’

While Pratt and Faris grew up only 20 minutes away from each other, they didn’t meet until they were cast as love interests in the 2011 comedy Take Me Home Tonight (production began in 2007). Faris was married to actor Ben Indra at the time, but it was obvious that sparks were flying between her and the Parks & Recreation alum.

“In retrospect,” Pratt told Elle magazine, “They both had one foot out the door for a long time. We were friends first, but she left her husband at the end of the movie, and we started dating when we were back in L.A. So we were friends, and I was there for her… We never crossed the line. But we were, I think, developing feelings for each other at the time, you know? The day that she told me she was leaving her husband, I knew that I was going to marry her.”

Faris divorced Indra in 2008, and she and Pratt were married the following year in Bali, Indonesia. The Scary Movie actress told People magazine that it was a small ceremony and that her new husband was “A great guy. I feel really lucky.”

Pratt and Faris have continued to act alongside one another, co-starring in What’s Your Number? (2011) and Movie 43 (2013). In the latter, they play characters who are romantically involved.

2. Pratt Claimed Their Relationship Made Him Believe in ‘Divine Intervention & Destiny’

Both Pratt and Faris have been vocal and supportive of each other in the media, and when the former held an AMA Reddit in 2015, he went as far as to say that Faris made him believe in divine intervention. “Anna and I are meant to be together,” he wrote, “Our relationship has made me believe in divine intervention and destiny, just as much as my crazy career and the way I fell into this life.”

Pratt went on to highlight the similarities their careers have, listing “We both got our start in horror spoofs. We both did an animated movie for Phil Lord and Chris Miller. We both made our careers guileless nitwits for laughs We both have parents that have suffered with MS. The similarities go on and on. Anna is a great wife. Very patient and understanding.”

They have also been known to poke fun at their public image. Faris jokingly interviewed Jennifer Lawrence, who filmed a sex scene with Pratt for the film Passengers (2016), while the couple played exaggerated versions of themselves for a People’s Choice Award skit.

As a result, Pratt and Faris have frequently been cited as one of the most beloved couples in Hollywood.

The couple welcomed their first and only child, Jack Pratt, in August 2012. According to People magazine, Jack was born nine weeks premature, and subsequently spent time in an intensive care unit. “We were scared for a long time,” said Pratt, “We prayed a lot.”

Faris recounted the experience to Redbook magazine in 2015: “My water broke in the middle of the night at seven months. We rushed to the hospital, and they were able to halt active labor with magnesium. I was at the hospital and the goal was to be in bed for four weeks… but on the seventh day, I went into labor again.”

“I was in denial,” Faris added, “For hours I was like, ‘I’m just having indigestion.’ Chris and I were so scared, but when Jack came out, even though he was so tiny, he looked so good to us.”

After Jack’s health improved, Pratt told People magazine was it gave him a new outlook on life. “It restored my faith in God, not that it needed to be restored, but it really redefined it. ”

Pratt went on to say “The baby was so beautiful to us, and I look back at the photos of him and it must have been jarring for other people to come in and see him, but to us he was so beautiful and perfect.” 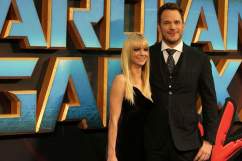 Chris Pratt & Anna Faris’ Kids: How Many Children Do They Have?

4. Faris Admitted That Pratt’s Cheating Rumors Made Her Feel ‘Insecure’ in 2016

During an episode of her podcast Unqualified, Faris spoke on the tabloid rumors that Pratt was having an extramarital affair with Lawrence. “We grapple with the idea of being a public couple,” she told her special guest Isla Fisher, “For the first time, maybe a year ago or 10 months ago, we were in the public a little bit. There were some tabloid rumors about strain in our relationship. I just remember feeling so hurt in a way that bothered me because I didn’t want to think of myself as somebody that could be affected by tabloid s**t.”

Faris went on to say “I take pride in how great my relationship is with Chris. But having said that, of course, in this crazy world where hr’s off doing movies and I’m in L.A. raising our child, of course I’m going to feel vulnerable, like any normal human would. It made me feel incredibly insecure.”

These rumors were never proven to be true, and according to OK Magazine, Lawrence was devastated by any issues she caused in her co-star’s marriage. A source close to the actress said “Jen has found the claims very upsetting, because she’d never go near a married man.”

5. While They Are Separated, They Remain Legally Married

Just spent the most amazing night in #Paris with my dear, sweet and amazing wife @annafaris I mean… just look at her. Back in the U.K. now and back to work. Happy (European) #mothersday to my sweetie and all the moms in Europe. We love you! ???♥️♥️♥️♥️

While Pratt stated in his Facebook post that he and Faris will be legally separated, he made no mention of divorce. According to Attorneys.com, a legal separation means that you are still legally married to your spouse even though you are living apart. This means that if Pratt and Faris intended to divorce at some point, they would still have to go through the legal steps necessary to terminate their marriage.

Faris posted the same announcement on her official Twitter account, in the form of a text screenshot. Both actors have made it a point to keep the details of their separation private for the sake of their son.

In an interview with E! Online in 2016, Faris spoke on the importance that raising Jack has on both of their lives: “We want Jack to have as normal of a childhood or at least a similar childhood as we had.” She also proved that media exposure hasn’t diminished her son’s sense of wonderment. “The other day I was picking him up from his pre-school and there was some paparazzi—that doesn’t happen very often, when Chris is around and in town it’s different—but Jack waved at them and said, ‘Cheese!'” 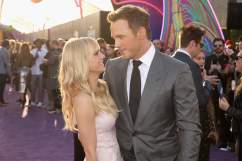