If you’re a fan of Naked and Afraid, then Darkness is a definite option for you. This new reality show features the survivalists with their clothes, but WITHOUT some of their senses. Get the rundown on when the show airs, cast spoilers and what to expect below.

OFFICIAL DISCOVERY SERIES SYNOPSIS: “Darkness” takes reality TV’s survival genre to new levels of mental and physical challenges. Inspired by sensory-deprivation training used by NASA and military forces, the series records the limits to which survivalists push themselves while trapped inside caves, abandoned mines and underground convolutions for up to six days. Attempting to exit complete darkness, they work as a team but struggle to combine their diverse skill sets as the effects of prolonged light deprivation take hold. To keep the experience as immersive as possible, participants are outfitted with custom-designed camera equipment, enabling them to document their own journey without any exposure to light.

EPISODE 2 SYNOPSIS: “Forgotten Tomb” – 240-feet below ground lies an abandoned Cold War fallout shelter deep in the Mojave Desert; for 6 days, a Marine Reserve, Navy Survival Instructor, and an Engineer battle isolation, hallucination, and starvation as they struggle to find an escape.

CONTESTANTS: According to Esquire, survivalists on the show include an instructor in military survival, a former Green Beret, several Marines, firefighters, and an archaeologist.

As an added bonus, lined up with the premiere of Darkness, the Discovery Channel is also having a two-night showing for new episode of Naked and Afraid. 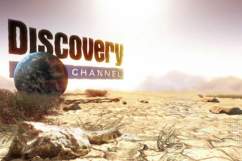