Discovery Channel’s new series, First In Human, follows four patients with serious illnesses as they arrive at the National Institute of Health to undergo experimental treatments that they hope will cure them.

The docuseries will be narrated by Emmy and Golden Globe winner Jim Parsons, who recently spoke about the show on Jimmy Kimmel Live. “It’s the most beautiful, moving thing in the world and it’s such important work,” the actor told Kimmel.

One patient who will be featured on the series is Deidra Williams, who was gravely ill from a sickle-cell ailment when she arrived at Building 10 of the National Institute of Health campus.

Read on to learn more about Deidra Williams.

1. She Had Sickle Cell Anemia

Deidra suffered from sickle cell anemia, which is a red blood cell disorder. The condition occurs when there aren’t enough healthy red blood cells to carry oxygen throughout the body. The disorder put Deidra in constant pain and made it difficult for her to to walk from her bed to the bathroom.

Sickle cell, a deadly genetic disorder, predominantly affects those of African descent. It was identified in 1910 for the first time. Little progress has been made in finding a cure for sickle cell.

2. She Is Now Free of the Disease After a Stem Cell Transplant

In November 2015, Deidra underwent a stem cell transplant. She is now free of the disease, and has not had a sickle cell incident since the procedure occurred.

Speaking about developing his treatment to cameras, Dr. John Tisdale says, “Part of the reason I chose this disease for study is because I think patients with sickle cell disease don’t really get good treatment.” He adds on that during his residency training, all he was really able to give those with the disease was pain medicine. “It looked like a wide open space for research and a big area of need.”

Prior to visiting building 10, Deidra had a gallbladder removal, hemorrhaging behind her left eye, and a partial hysterectomy– all consequences of her disease.

3. Her Sister Provided the Stem Cells

Deidra’s sister, Tanisha, was the one who provided the stem cells for Deidra’s treatment. The sisters were a 100% match, according to tdtnews.com.

Williams’ Facebook reveals that she works a member advisor at the Karis Group in Austin, Texas.

4. She Has Teenage Children

Hematologist Dr. John Tisdale worked closely with Williams during the treatment. Broadway World quotes him as saying to Deidra, “I thought I could do more as a research doctor…if this works… then people read about it and then they use the same kind of treatment wherever they are. And the reach is farther than just you.” Deidra, herself, admits that she is very optimistic about the future of medical work being done to end sickle cell anemia. “You know I lived with sickle for 39 to 40 years and I’m so grateful to be here today. There is medical work being done that can ease our suffering,” she says.

Deidra has teenage children. “They have only known me as being sick,” she tells tdt.com. Now that the treatment has proven successful, she and her children are “making new memories.”

Deidra is also married, and her husband supported her throughout her treatment. “As a husband, you want to provide for your spouse and protect them from anything that would harm the or hurt them. With sickle cell, you can’t ease the pain. You can’t take it away. It’s one of the worst feelings in the world.”

5. Her Mother Is a Nursing Instructor at Temple College

Deidra’s mother, Ethel, is a vocational nursing instructor at Temple College. As an educator, she says that her daughter’s experience– which will be chronicled on Discovery’s series– is a valuable teaching moment. “They are part of nursing history,” she says of her students. Ethel’s Facebook revealed that she studied at the University of Mary Hardin-Baylor in Texas.

First In Human is produced by McGee Media for Discovery and directed by John Hoffman. The show was filmed at the National Institute of Health’s Clinical Center, also known as Building 10. 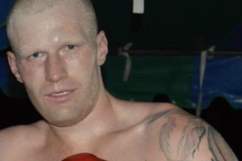