Could Taylor and Derek's relationship last a lifetime? #BachelorInParadise

Taylor Nolan and Derek Peth pretty much hit it off right away this season on Bachelor in Paradise. And, even when the show took a break from filming, the two maintained a connection and continued on with their romance. Peth and Nolan have been the stable couple so far on the show, but tonight, the two appear to get into a fight, with Peth’s words getting the better of him. Nolan says she is emotionally spent and fans may wonder if the couple can power through this rough patch.

Well, for those who are hoping the two stay together, Bachelor guru Reality Steve says the couple is practically attached at the hip today.

They may not believe in "the one," but Taylor and Derek are an adorable two. ? #BachelorInParadise pic.twitter.com/iB3HW2Cniu

Last week on Bachelor in Paradise, Taylor Nolan did some matchmaking that blindsided another cast member when one of her friends appeared in paradise. After Lacey Mark came back from a romantic date with Diggy Moreland, Nolan urged her friend Dominique Alexis to go out with Moreland. This completely upset Mark, as Moreland was happy to accept the date.

Other couples to look out for this season are Robby Hayes and Amanda Stanton, who are apparently still together, and Raven Gates with Adam Gottschalk.

For more news on Taylor Nolan and Derek Peth: 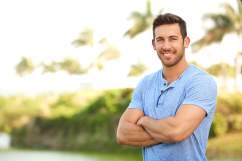