Adult Swim How long is Rick and Morty tonight?

Rick and Morty continues Season 3 tonight with Episode 3, “Pickle Rick.” This one promises to be hilarious, since we’ve all been waiting for Pickle Rick to make an appearance ever since we first heard about him at a Comic-Con. Fans are wondering if there’s any chance that this episode will be extra long (especially since Sunday night’s other popular show, Game of Thrones, has a tendency to throw in different-length episodes at random.) You may also have noticed that your TV listing may have two back-to-back Rick and Morty episodes scheduled for tonight.

So how long will the episode be?

Tonight’s new Rick and Morty episode 3 will air for its normal length of 30 minutes on Adult Swim, including commercials. So it will begin at 11:30 p.m. Eastern and end at midnight.

If you see a listing for Rick and Morty at 11 p.m. Eastern, it’s not because we’re getting two back-to-back episodes or because this new episode is extra long. Adult Swim is simply airing the second episode of Rick and Morty Season 3, “Rickmancing the Stonre,” immediately prior to the premiere of Episode 3. So if you want to refresh yourself on what happened last week, tune in 30 minutes early.

Not only are we getting Pickle Rick tonight, but according to the episode synopsis, we’ll also be seeing a therapy session with the family. This should be interesting!

If you’re having some trouble waiting for the new episode to premiere, you can always visit AdultSwim.com and catch up on all the episodes that have previously aired. Visit the Rick and Morty page here and if you scroll down, you’ll see that all the past episodes are online and ready for you to view before tonight. That includes last week’s episode!

To get ready for tonight’s episode, you’ll want to watch a preview first. First, here’s a preview for all of Season 3:

While you’re waiting for the episode to begin, here are some stories about Rick and Morty to help you catch up. Wubba lubba dub dub! 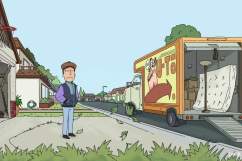 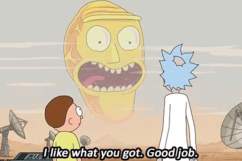 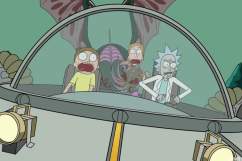 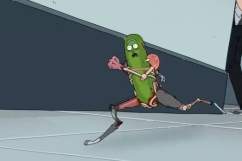