Tonight, VMAs host Katy Perry teamed up with Nicki Minaj at the MTV Video Music Awards to perform the song “Swish Swish” for the final performance of the night. Perry kicked off the performance on a giant basketball, which she swung off of to continue her performance on the main stage. Her backup dancers were men in cropped athletic wear. They were also rocking lipstick red stiletto heels for the performance.

Halfway through the set, the giant basketball rotated and revealed Nicki Minaj rocking a very sexy referee outfit. Katy Perry then went flying across the crowd to give the illusion she was giving a slam dunk into a giant basketball net. As she floated in the area, basketball balloons dropped from the ceiling.

Recently, Perry dropped the music video for the song and it featured several stars, including a Minaj cameo. The music video’s director Dave Meyers gushed about Perry to Billboard, saying:

She’s a commander in chief, she’s really a force to be reckoned with,. You roll camera and suddenly she plays the doughy-eyed underdog. And then it’s consistent with who I understand Katy to be which is an empowered woman who’s basically saying, ‘I know you’re coming for me,’ you know, brushing it off. This is Katy’s ‘Dirt Off Your Shoulders.’

Meyers also dished on Minaj and talked about what she brought to the table with the video. He explained:

She was so all in on this. She gave us a lot of extra time than I think she would have given a normal cameo. She was very passionate about the song, about Katy’s journey and about what this song means to Katy. She was even trying to offer creative insight.

Katy Perry has also been in the media lately for possibly rekindling her relationship with Orlando Bloom. The two have been photographed several times together in recent weeks. 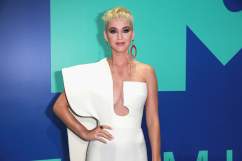 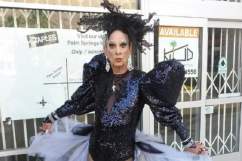