Kendra Wilkinson and her mother Patti have had a rocky relationship over the years and Kendra has said that her mother has sold stories about her to the media. Mom Patti has also been very vocal to her daughter on several issues. Patti Wilkinson has disapproved of her daughter rekindling a relationship with her father Eric and Patti also is not a fan of Kendra’s husband Hank Baskett.

In recent months, after a couple years of no interaction, the mother and daughter got together and appeared on Marriage Boot Camp: Family Edition to work on their relationship. And, just when Kendra and her mother started to get along better, Patti let Kendra know that she’d been thinking about writing a book. This immediately made Kendra put walls up again. Now, Patti is on Kendra’s reality show Kendra on Top and the book saga continues, with Kendra’s brother Colin caught in the middle.

I think there’s a real opportunity here. Everybody has a story, you have stories about Kendra. I think the quote was, ‘She’ll be coming off her pedestal once you’re able to tell your stories.’

Kendra’s reaction to hearing that her mother was working on a tell-all book was defensive and nervous, as she was worried her mother would write about her husband’s sex scandal from 2014 with a transgender model. Kendra explained on Kendra on Top:

My mom writing this book can create so much damage and so much pain. Everyone who reads tabloids or on social media knows that three years ago when Hank got involved with the huge scandal, that was the lowest point of our marriage. 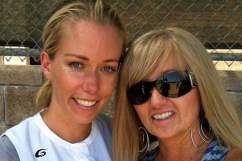