James Van Der Beek played heartthrob Dawson on Dawson’s Creek, winning the love of hundreds of fans. But who is the actor married to? Who is his wife, and how long have they been together?

1. She Is a Business Consultant

When Kimberly and James met, she worked as a business consultant.

Kimberly is active on Instagram, and has an impressive 35.4k followers. Her bio reads, “Holistic Lifestyle.” She has posted a number of photos of her hubby and children. Recently, she’s even helped him promote his new show, What Would Diplo Do?.

What Would Diplo Do? will air on Viceland, and is a scripted comedy series in which Van Der Beek plays a fictionalized version of DJ Diplo. It’s produced by Van Der Beek himself, along with Diplo and Diplo’s longtime manager and friend, Kevin Kusatsu.

2. She Is His Second Wife

Before Brook, Van Der Beek was married to actress Heather McComb, best known for playing Scout in the 1990 television series The Outsiders. In 1989, she also played the titular character in Francis Ford Coppola’s directed segment Life Without Zoe.

In 1996, McComb appeared in the telefilm Generation X, and became the first actress to play X-Men’s Jubilee on-screen.

3. The Couple Has Four Children Together

Happy to share that two days ago, @vanderkimberly and I were lucky enough to welcome a little baby girl into the world… Emilia Van Der Beek Crazy how deeply in love you can fall with someone you just met ?

With Kimberly, Van Der Beek has four children: Olivia (6), Annabel (3), Joshua (5), and Emilia. Lucky for fans, he isn’t afraid to share adorable photos of his little ones on social media.

Tough to impress a 3 year-old with your #WWDD billboard when it's next to one for Cars 3.

Emilia is the couples’ youngest, and was born in March 2016. In April, James was spotted with his children and wife at a Safe Kids Day event in LA. Simon Cowell’s ex-girlfriend Terri Seymour also attended the event with daughter Coco. 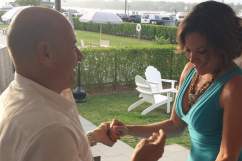 4. They Married in Tel Aviv, Israel

The couple tied the knot in an intimate ceremony at the Kabbalah Center near Dizengoff Plaza in Tel Aviv, Israel.

According to US Magazine, they married at the same place they met in 2009. After the wedding, Van Der Beek took to Twitter to write, “The woman I love did me the honor of became my wife today… I look forward to earning her for the rest of my life.”

James and Kimberly began dating in July 2009 and announced in April 2010 that they were expecting their first child. “The woman I love and I are expecting our first child,” he wrote on Twitter. “Currently experiencing joy on levels I never knew existed.”

5. She Works as a Producer

Kimberly produced the 2010 documentary, Teenage Paparazzo, which was directed and written by Adrian Grenier.

She also worked on the documentary short: Heads Up: The Disappearing Act of Vaginal Breech Delivery in 2015. 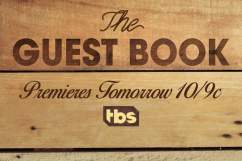 ‘The Guest Book’ Premiere: What Time & Channel Is It On?