Tonight, Pink took the stage at the 2017 VMAs to perform her latest single “What About Us?” in honor of her receiving this year’s Michael Jackson Video Vanguard Award. Previous winners of the award have included Madonna, the Beastie Boys, Britney Spears, Justin Timberlake, Beyonce, Kanye West, and Rihanna.

Pink kicked off her medley performance surrounded by money and graffiti, riding above the audience on a convertible car. She started off with “Get This Party Started,” followed by “Raise Your Glass” and then “So What”.

Then Pink jumped on a tractor and rode it around the room as her husband Carey Hart and their daughter watched. Pink returned to the main stage to perform a mash up of “Blow Me (One Last Kiss) and “Perfect”.

Ladies and gentlemen this legend is @Pink ! @vmas #pinkvmas pic.twitter.com/umeD0pjupF

Further into her set, Pink gave an expressive performance for her song “What About Us,” which is her latest single. Pink made her way through the crowd during the performance to head to a stage that ran through the middle of the auditorium. Surrounded by contemporary dancers, Pink delivered a powerful performance.

She then delivered a heartfelt speech about self-image and used her daughter as an example. Watch her meaningful speech in the below tweet.

On the red carpet tonight, Pink donned a masculine suit, matching her husband and young daughter.

Pink was presented tonight’s Video Vanguard Award by Ellen DeGeneres, who said she received a phone call from Pink to present tonight. DeGeneres said that Cher was actually supposed to present Pink with the award, but was unable to appear.

Pink has had a career in entertainment that has spanned 17 years and her shows are often known for their acrobatics. Though she is not a nominee at the VMAs this year, she has won six in the past.

Recently, Pink was in the news for reportedly forgetting lyrics to a song and her stage catching fire at the 2017 V Festival. According to The Sun:

The fire started when a firework went off and hit the top of the stage. It started off small but then kept growing until a man climbed up to the top to put it out. It was really worrying at one point but Pink just kept singing.

And, at the V Festival, just before performing her latest single, Pink announced to the crowd:

Usually (it) takes me about four years to learn a song. I wish I’d stop shaking thank you for having me 10 years later. I forgot so many words tonight.

How cute! @Pink and Willow are snuggling backstage at the #VMAs. Rockstar and lovely mother at the same time! ♥️ pic.twitter.com/dIe1p6Ls1s 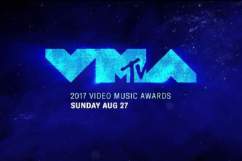