A Rob Kardashian death hoax has hit the internet. On Friday, August 18th, a report surfaced that the reality television had met an early demise as a result of hanging.

According to Hoax Alert, the false report first appeared on Action News 3, a fake news website that masquerades as a legitimate local news source The report claimed that the youngest Kardashian sibling hung himself in his home last week in Calabasas, California.

Read the original report below:

Rob Kardashian allegedly hanged himself from the ceiling fan at his home $2.3 million home in Calabasas, California this morning. Before committing suicide, he allegedly sent a WhatsApp message to his friends and family.

[…] A suicide note was recovered by the police. Rob Kardashian, who was recently in the news over a sex video scandal concerning his ex-fiancé, wrote in the note that he “couldn’t handle the depression of his life anymore.” Rob went on to write about his ex-fiancé Blac Chyna and the embarrassment she brought into his life, describing it as “extremely insulting.”

Here are some examples of the death hoax spreading online over the past few days:

Like most death hoaxes, the report quickly spread throughout social media, with many being shocked over Kardashian’s alleged suicide. Before long, however, it became obvious that there was little evidence to support this report, whether from the Kardashian family or from major net outlets.

There is also the fact that Kardashian himself sent a tweet on Monday, August, 21st regarding his Arthur George sock collection. Check it out below.

The article also makes reference of Kardashian’s custody battle with his ex-fiancé Blac Chyna. Despite reports of the couple being unable to come an agreement, Chyna’s lawyer Lisa Bloom recently told E! News that they are “peacefully co-parenting” their daughter Dream Renée Kardashian. Much of these reports stem from the fact that Kardashian posted several nude photos and videos of Chyna on social media last month.

As far as the death hoax is concerned, Kardashian is the latest in a long line of celebrities said to be dead in the past few months. Other notable names include Clint Eastwood, Willie Nelson, Oscar Pistorius and Adam Sandler. You can read up on the latter below. 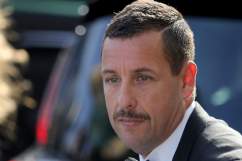