Sammi “Sweetheart” Giancola is back in the spotlight on a reunion special for the Jersey Shore. So, fans want to know who she’s dating since she was in a relationship with former Jersey Shore co-star Ronnie Magro-Ortiz for an estimated 8 years.

Giancola and her current boyfriend Christian Biscardi appear to have been dating since April 2017 and Giancola told E! News that the relationship is refreshing. She hasn’t spoken much about her man, so it looks like she wants this relationship to be kept a bit more private. But, in an interview with In Touch Weekly, Giancola’s Jersey Shore co-star Jenni “JWoww” Farley said that:

We’ve met him and he is such a sweet guy. He makes Sammi happy, so he’s good in my book.

It appears that Giancola still remains close with some of her former Jersey Shore co-stars and that they may not have kept in contact with Magro-Ortiz.

Recently, Magro-Ortiz was a cast member on the reality show Famously Single and he talked about how difficult his split was from ex Giancola. He also discussed how he was unfaithful and volatile when they were together. During the course of filming and for a few months after Famously Single ended, Magro-Ortiz carried on a romantic relationship with reality star Malika Haqq. 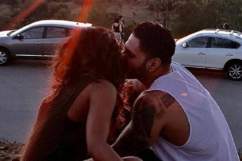 Malika Haqq & Ronnie Magro-Ortiz: Why the Two Dated & Broke Up

Read More
Jersey Shore, Reality TV, TV
Get the rundown on Sammi "Sweetheart" Giancola's boyfriend Christian Biscardi and who she is now in 2017.