In the wake of being free from cancer for the time being, LazyTown Actor Stefan Karl Stefansson expressed his gratitude to his fans on his GoFundMe page and shared a heartwarming story.

I have no words to describe how thankful I am to all of you, my friends. Your support and continuous thoughts, prayers and positive letters and encouragement have more to do with my success in the fight with cancer then you can imagine.

While he was touring with Running Subway Productions’ and their production of How the Grinch Stole Christmas the Musical, where he played as the titular Grinch, Stefansson visited children with cancer in over 40 cities while dressed as the Grinch. Children would either sit in during a story session or just say hello. Sometimes Stefansson would have to wave at kids through a window because they were too ill to make contact with the outside world. While Stefansson was working for LazyTown, children from all over the world would visit the studio.

GettyActor Stefan Karl arrives as the ‘Grinch’ to the Los Angeles premiere of Dr. Seuss’ ‘How The Grinch Stole Christmas’ at the Pantages Theatre on November 14, 2009 in Los Angeles, California.

But he writes that one girl will never leave his mind. While touring in Orlando, Florida in 2015, he was asked by Make a Wish Foundation to meet a 12-year-old girl because she really wanted to see the Grinch while visiting the city. In character, Stefansson asked the girl why she wanted to meet the Grinch of all people.

Then she looked me in the eyes, smiled, stroked my hair and said, ‘I just wanted to see if I could make your heart grow three sizes.’
My eyes filled up with tears and I really had nothing to say and I remember thinking to myself ‘Stop, Stop it, you can’t be The Grinch and cry in front of this child.’ I looked at her and said, ‘You have made my heart grow, yes.’ Then the girl said, ‘Well, you too, Mr. Grinch,’ and then she gave me the warmest hug I have ever felt.

This story is about all of us, all of us who are ready to give till the last moment in our lives, help others with as little as a word or two or just a hug.

You are giving and you are healing and just remember, it doesn’t matter how long I live because it’s about how I live. Life is not tomorrow, life is now.

Stefansson was hospitalized and diagnosed with cancer in September 2016. Then on June 21, 2017, he was diagnosed with cholangiocarcinoma and at that point it reached stage four.

Below are some of the condolances Stefansson received since then.

#WeAreNumberOne as a person who grown up watching Lazytown, Robbie Rotten will not just be in my memories, but will be in my heart too [+]

Stefán Karl Stefánsson, you're an amazing man and will live on in the hearts of millions. Thank you#lazytown #RobbieRotten #WeAreNumberOne pic.twitter.com/FhZlKbsHaw

And here is Stefansson’s response at the time:

From the bottom of my heart I thank you for the support you provide me. You give me hope and you all move me.

On August 13, 2017, he told RUV, the Icelandic National Broadcasting Service, that he is free from Cholangiocarcinoma (bile-duct cancer) for now after undergoing two surgeries (as translated by batteries-included on Reddit).

He later clarified on his GoFundMe page that while he is free of metastases, or cancer that spreads to different parts of the body from where it started according to Cancer.net, he is not completely free of cancer yet. He refused any further adjuvant therapy including chemotherapy because there is a less than three percent chance of it making any difference and may just make him more sick. If a metastasis comes back, they will try surgery or nothing at all. He promised to keep everyone posted and told his fans to cross their fingers and keep thinking of him.

…I’m here for you just like you are there for me. By standing together we stand stronger, as you have proved so often with your amazing letters, GoFundMe support and prayers. Me and my family are so thankful to you all, and we always will be.

Stefansson is most famous for portraying Robbie Rotten on the popular TV show LazyTown, with his performance of We Are Number One during the show becoming a popular internet meme in 2016. His career extends far beyond that with a number of roles in Theatre, TV, and film including the singing sheep farmer in the popular Icelandic feature comedy Stella Runs for Office and voice work for Night at the Museum and Thor.

Stefansson is the founder and president of Regnbogaborn (Rainbow-Children), which, according to his LinkedIn page, is the leading Icelandic anti-bullying organization. He told Toronto Star that he was bullied by other classmates for spending so much time at the threatre as a teenager, which lead him to found the organization in 2002 to help children who were bullied like he was.

Learn more about Stefansson by clicking the links below. 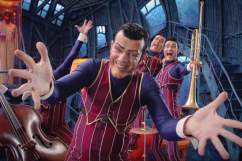 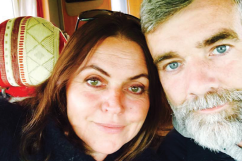