Taylor Swift made a triumphant comeback last week when she released the music video for the single “Look What You Made Me Do.” Though it received polarizing feedback from fans and critics, the single broke streaming records and positioned Swift’s upcoming album Reputation (due Nov. 10th) as a surefire commercial juggernaut.

But while the “old Taylor” is, for artistic purposes, “dead”, it hasn’t kept the massive fortune she’s accumulated from powering her music empire. In fact, according to Forbes, Swift’s estimated net worth of $280 million puts her among the highest earning musicians of the decade.

Read on to learn how Swift made her fortune and what she like to spend it on.

1. She Owns an Estimated $44 Million in Real Estate

Swift has amassed an impressive real estate portfolio over the years. According to Architectural Digest, she bought her first home at the age of 20 in Nashville. The 3,240 square-foot condo cost an estimated $1.99 million.

In 2011, she purchased two additional properties, including a cottage in Beverly Hills– one that featured three bedrooms and three and a half bathrooms. Watch Swift take us through a tour of the cottage below. The cottage was reportedly purchased for $3.55 million. She also picked up a home in the Forest Hills suburb of Nashville for a cool $2.5 million.

Two years later, the “Blank Space” singer purchased a pricey home in Rhode Island for $17.75 million. The lavish seven-bedroom, nine-bathroom home has since been the site of the infamous Fourth of July parties with her “squad.”

Swift picked up a 8,309 square-foot condo in 2015, which came with 10 bedrooms and 10 bathrooms, and was previously owned by filmmaker Peter Jackson. Swift purchased the condo for an estimated $20 million.

The singer’s latest purchase was a whopping 10,982 square-foot mansion that included seven bedrooms and 10 bathrooms. Swift put down $25 million for the mansion in September 2015. She is also the proud owner of two private jets, one of which cost $40 million, according to Vulture.

2. She Has Endorsement Deals With Diet Coke & Apple Music

Swift’s popularity with fans have led to a series of high profile endorsements deals. Vulture reports that some of her most prominent endorsements include CoverGirl, Sony, Elizabeth Arden, American Greetings and Diet Coke– the latter of which includes product placement and advertisements (watch above).

Variety adds that the deal has led to her stating her love for Diet Coke in interviews and her holding a can during on-camera appearances. While there are no exact figures on these deals, they are all suspected to be in the six- to seven-figures range.

Swift also signed a lucrative deal with Apple Music in 2015, which included the releases of her albums Red and 1989, as well as the 1989 concert documentary.

Her endorsement has proven so impactful, in fact, that she has helped boost sales for other Apple Music artists. Advertisements featuring Swift working out to “Jumpman” by Drake & Future led to the single jumping 194% in digital sales and a 17% boost in streams, according to Billboard.

3. She’s Earned Over $400K Since Returning to Spotify

Swift has had a complicated relationship with Spotify. She pulled her music from the streaming service in 2014, citing its lack of payment for artists as the main reason. Time reported that Swift’s label earned $2 million from streaming her songs in 2014, but the label told Business Insider that streaming payout was actually closer to $500K.

“I’m always up for trying something. And I tried it and I didn’t like the way it felt,” she told Time, “I think there should be an inherent value placed on art. I didn’t see that happening, perception-wise, when I put my music on Spotify.”

Fortunately for fans, Swift returned to Spotify earlier this year. She announced the news on Instagram, writing “In celebration of 1989 selling over 10 Million Albums Worldwide and the RIAA’s 100 Million Song Certification announcement, Taylor wants to thank her fans by making her entire back catalog available to all streaming services.”

In her first week back on Spotify, Billboard reports that Swift’s discography generated 47 million views, which equates to $397K.

2016 was a controversial time for Swift, as she received backlash for her relationship with Tom Hiddleston and her ongoing feud with Kanye West and Kim Kardashian. That being said, the “Shake It Off” singer made the most of her fame, and donated to several charities throughout the year. In August, she donated $1 million to Louisiana after torrential rains and massive flooding damaged the area.

She told The Associated Press that Louisiana residents “made us feel completely at home” during her previous tour. Swift also donated $50K to the food bank in Baton Rouge, Louisiana.

In September, Swift donated $5K to a fan who lost her sister in a car accident. “Kimi, no words could express how sorry I am for your loss,” she wrote, “I know that you will keep Katie’s memory alive. Please know how much I am thinking of you and saying a prayer for your family.”

She capped off 2016 by donating a whopping $100K to Dolly Parton’s Smoky Mountains Telethon in December. “When Taylor heard what we were planning, she offered to match our gift,” said ACM Executive Vice President Tiffany Moon, “We are so grateful to Taylor for her support to the Academy’s charitable efforts throughout the years.” Read Moon’s full statement here.

It should come as no surprise that Swift’s biggest breadwinner has been her music. She’s sold over 42 million albums and 130 million digital singles worldwide according to IFPI, making her one of the most successful pop singers of the decade. She hit the ground running with her self-titled debut in 2006, which went 6x platinum and spawned the Top 20 single “Teardrops On My Guitar.”

Since then, each of Swift’s four studio albums have gone at least 4x platinum. Her last album, 1989, sold 1.27 million copies in its first week and spawned the number one singles “Shake It Off“, “Blank Space“, and “Bad Blood.”

According to Vulture, Billboard assumes a 20 percent royalty rate minus producers’ fees for all sales, so with an estimated $12.99 per album, that equates to $77,940,000 in album sales. 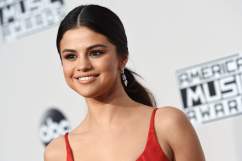