Tonight is the series finale of The Carmichael Show on NBC.

In June, The Hollywood Reporter announced that it’s the end of the line for the series after 3 seasons.

In a statement in June, 20th Century Fox Television said:

The Carmichael Show was such a wonderful show that we choose to focus today not on its loss but on the three incredible seasons we had the pleasure to produce… We are thankful to the brilliant Jerrod Carmichael and his talented cast, and to showrunner Danielle Sanchez-Witzel, our fantastic writers and devoted production team. It’s a rarity that a comedy series tackles the social and political issues of the day in such a clever and hilariously funny way. This show was special, and we will miss it.

Series co-creator and star, Carmichael, said, “For three seasons (OK 2.5), I got to make a show that I love with my friends. It’s something I’ve wanted to do since I was 13. Now, I’m excited to go make other things that I love. Thank you to every person who worked on or watched The Carmichael Show.”

The series first premiered on August 26, 2015 and was shot in Charlotte, North Carolina.

Read on to find out when and where to watch the series finale tonight. 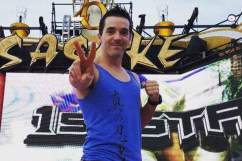 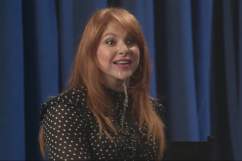 ‘Difficult People’, Season 3: When Does the Show Become Available on Hulu?

Read More
NBC, TV
Tonight is the series finale of The Carmichael Show on NBC. Find out when and where to watch the show here.