Fans of The Last Ship have had to wait about a year for season 4 of the show, as production was put on pause so that star Eric Dane could deal with his depression. Now, Entertainment Weekly reports that the show has returned with actor Eric Dane’s character, Chandler, enjoying his self-exile in Greece. Soon a new virus called the Red Rust begins killing crops across the world and showrunner Steven Kane says:

The crew of the Nathan James is focusing its attention now in the Mediterranean region, and they’re searching for a bunch of stolen seeds that contain the DNA to look for a cure for what they’re calling the Red Rust. It’s a mutation of the Red Flu that affects crops. It affects the weeds, grasses, rices, corn — all the basic food crops and also the crops that are necessary to maintain the biosphere. So it’s not just a famine; every animal and plant and life form on the planet is at risk. That’s the engine that drives the mission. But as always, the real story happens on the ship between the people and their own personal odyssey they go on.

For more details on what to expect this season, the cast, what time the show airs, what channel to watch and more, read on below.

EPISODE 1 TITLE & SYNOPIS: “In Media Res” – Sixteen months after thwarting the coup in America, the crew of the Nathan James must face another global disaster; Tom Chandler’s whereabouts remain unknown.

EPISODE 2 TITLE & SYNOPSIS: “The Pillars of Hercules” – Having lost their only lead, the crew of Nathan James continues their search for an item that could save the world; Chandler immerses himself in a mission for revenge.

EPISODE 3 TITLE & SYNOPSIS: “Bread and Circuses” – The crew’s search for a precious item leads them to a strange place of opulence and violence where they cross paths with an unexpected ally. 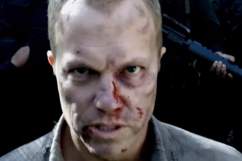 ‘The Last Ship’ Season 3 Live Stream: How to Watch the Show Online

Read More
The Last Ship, TV
Tonight is the season 4 premiere of The Last Ship. Get the rundown on what time and TV channel it airs, along with some spoilers and cast info.