Season 8 of American Ninja Warrior continues tonight to find contestants in Oklahoma City. Over 500 competitors will be competing in five cities this year, but only 30 will advance tonight to the final round of the regional qualifiers. Until Season 7, no contestant had ever completed the four-stage obstacle course in the finals, known as Mt. Midoriyama. In an impressive and mind-blowing run last year, Isaac Caldiero finished the last portion of course, which is a 75-foot rope climb, in just 26.14 seconds. Hopefully there will be someone in the mix this year to challenge Caldiero's impressive time. Click through to see some of the competitors who will face the course in Oklahoma City tonight. (NBC) 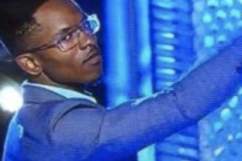