It didn’t take long, however, for other outlets to confirm that this was just another Nelson death hoax.

Amid rumors, Willie Nelson's management tells KXAN that the Red Headed Stranger is NOT dead.#WokeUpStillNotDeadAGAIN #willienelson

Over the years, the country singer has been “killed off” in various internet death hoaxes. As he advances in age, he is becoming an easier person to target, and his name tends to appear in these headlines more than any other celebrity.

Back in 2015, Snopes debunked reports that Nelson had been found dead inside his Maui home.

“The fake MSMBC.co article unfortunately fooled many readers as it made the rounds of social media again, even though it was completely false and was just a recycled version of the very same prank the site released months earlier,” Snopes reported at the time.

Nelson seems to have a good sense of humor when it comes to being “dead” so many times. In fact, he penned a song called “Still Not Dead” about the numerous death hoaxes that he has survived. You can listen to the song in the music video below.

Willie Nelson – Still Not Dead (Official Music Video)God’s Problem Child: Buy – WillieNelson.lnk.to/gdprob!ytsnd About the album: An album of all-new recordings, God’s Problem Child adds 13 new songs to the artist’s repertoire, including seven recently written by Willie and Buddy Cannon, his longtime collaborator and producer. The album is Willie’s first to debut all-new songs since Band of Brothers (his 4th Legacy…2017-04-27T07:00:01.000Z

As far as Nelson’s health goes, he has dealt with quite a few medical issues over the years. In his younger days, he smoked tobacco regularly. Although he has quit, he still smokes marijuana on a regular basis. In 2012, Nelson was hospitalized due to “breathing problems.” At the time, it was confirmed that Nelson had been suffering from emphysema. The high altitude in the state made Nelson ill, but he was able to recover after seeking medical attention, according to Rolling Stone.

Earlier this year, there were reports that Nelson was “on death’s door.” Reports indicated that Nelson had been sick with pneumonia, but his publicist was quick to debunk any stories that claimed Nelson was “dying.” 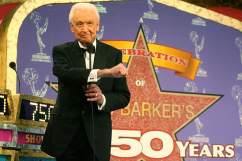 Read More
Death Hoax, Willie Nelson
Willie Nelson is not dead despite a radio station's report to the contrary on Thursday morning.